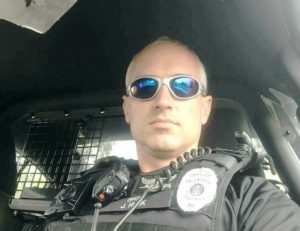 A police officer in Alabama was terminated on Wednesday over memes he shared to his Facebook page that were determined to be racist.

“We will not tolerate that kind of conduct by any employees. We take very seriously our responsibility to treat everyone equally and equitably. We have to make sure we take steps for the community to trust us,” Bryant said.

According to The Daily Home, two posts that were later deleted by Husk were from conservative political pages and ridiculed African-Americans and First Lady Michelle Obama.

The former showed a black and white photograph of bodies strewn across a battlefield with the words “Over 620,000 white people died to free black slaves and still to this day not even 1 thank you.”

Below is a screengrab of the Michelle Obama post obtained by WBRC. 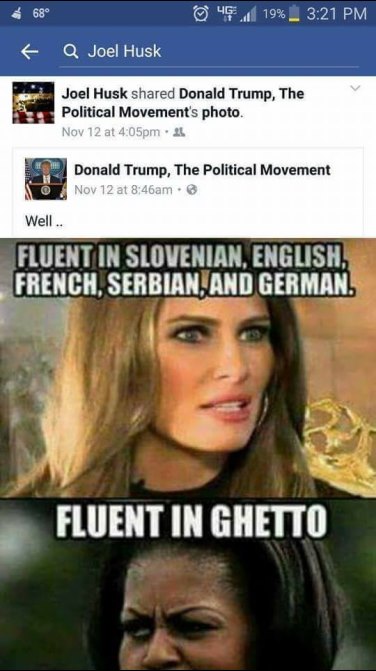 This isn’t the first instance of a police officer being fired over racially offensive social media posts during this heated political season. In late September, a Pennsylvania cop was terminated over a Snapchat image that she captioned “I’m the law today, n******.” In July, a Kansas officer lost his job after sending a threatening message to an African-American woman about her children.