Politically, Why in the World Would Democrats Want Roy Moore to Dropout or Lose?
Opinion

Politically, Why in the World Would Democrats Want Roy Moore to Dropout or Lose? 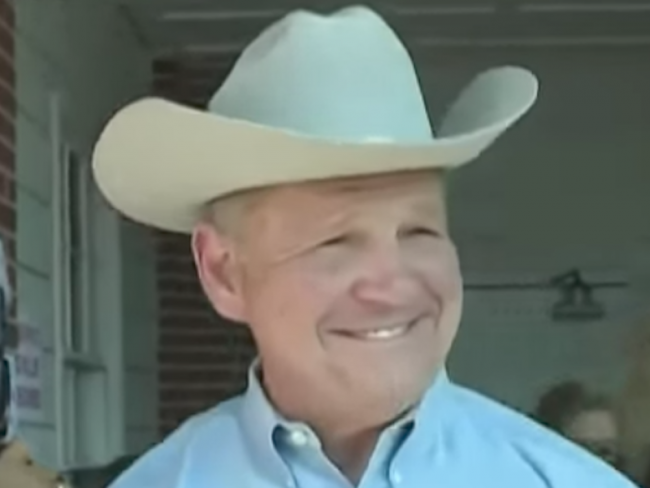 I often refer to the current state of our culture as an “upside-down” world, where nearly everything is the opposite of what it should be. Part of this assessment is based on how increasingly often the perception of person or group’s self-interest is not only wrong, it is literally 180 degrees off the mark.

I can think of no better political example of this phenomenon than the current situation involving Alabama Republican senatorial candidate Roy Moore. In my view, Democrats would be foolish, from a purely political standpoint, to do anything to help Moore’s opponent, Doug Jones, to actually beat him.

I wrote immediately after Moore’s current scandal broke that, unless something major happened going forward (it has), he was unfortunately still a pretty strong favorite to win. While I am no longer quite as confident in that prediction, the polls still indicate that this bizarre result is still a very plausible outcome.

Contrary to conventional wisdom, Democrats should be cheering for that result. In fact, they should be sabotaging the Jones campaign in every way possible (I mean if it is even conceivable to do that to a candidate running in Alabama who already has a “D” next to his name and is extremely pro-abortion).

Yes, if Jones won the seat it would be an impressive momentum booster for them going into 2018, and it would also cut the Republican margin in the Senate down to just one vote, which would likely make passing real tax reform nearly impossible. Those are nice little theoretical victories for Democrats, but absolutely a pittance in comparison to the windfall which would fall in their lap if Moore was somehow able to weather this current storm and win the run-off election in December.

First, a Moore victory would shock the sensibilities nation and, everywhere outside of the deep South, be seen as the ultimate proof that the Republican base is made of mostly hypocritical Christian fanatics and racist nut jobs. The GOP brand, already badly tarnished by Trump, would take on the stench of Harvey Weinstein.

Second, Republican leaders in the Senate have already made it clear that– should Moore win–his ability to be seated will be contested and possibly blocked. This would inflame and exacerbate an already simmering GOP civil war. The southern base would feel betrayed, Steve Bannon’s battle against the GOP “establishment” would be justified and heightened, and even traditional conservatives like me would be offended by the incredibly dangerous precedent which would be set by such a dramatic act.

Heck, already today Matt Drudge went after natural ally Bannon very personally over his support of Moore. Though, in my opinion, this was motivated at least in part by animus Drudge has over Bannon taking credit for making “Breitbart,” when Drudge knows it was his former employee, Andrew Breitbart, who, with Matt’s helping hand, created that web empire.

Thirdly, if Moore was to be elected and seated, it would be the gift which kept on giving, on probably a daily basis for Democrats. Moore is now a “celebrity” and the media would treat him as if he was even more important than Senate Majority Leader Mitch McConnell. Moore, as has happened multiple times in just the last 24 hours, would create chaos and insanity the likes of which would even make President Trump blush.

The Republican agenda, whatever the heck that is now, would be totally lost, especially in an election year. The GOP would go into the midterms with no major accomplishments to promote and with Trump and Moore as the face of their party.

As the captain of the Titanic may have said to those trying to fix his ill-fated ship after it hit the iceberg, “Good luck with that!”

While a lot can happen in the next eleven months before the midterms, even in this crazy environment it would be REALLY difficult to see how the results would be anything less than catastrophic for the GOP if Moore were to actually make it to the Senate, The repercussions of him winning, but being prevented from being seated, perhaps even worse. There would simply be no logical scenario which wouldn’t turn out exceedingly well for the Democrats.

And yet I’m still getting fundraising emails from the Democratic Senatorial Campaign Committee asking for money on behalf of Doug Jones. If they are smart (yeah, I know), they would take whatever funds they receive and put all of it into finding Roy Moore a better lawyer.