Politics And The Ever-Growing Asian-American Vote 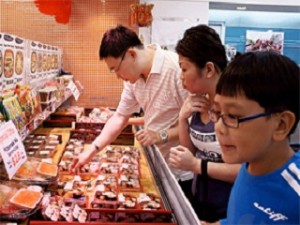 A study released by the Pew Research Center today revealed that Asians now form the largest immigrant group entering the U.S., surpassing even Hispanics in number. Making up 6% of the total population, Asians have gradually been gaining a foothold in the U.S., partly because of domestic immigration laws favoring high-skilled workers and heightened border enforcement that targets illegal Hispanic immigrants.

So why has political participation stalled among Asians?

Despite their presence, political participation among Asians has historically remained low, a situation that hasn’t changed much over the years. Since the 1970s, Asians have been the least likely to participate in political rallies, public meetings and petitions compared to their Hispanic and African-American counterparts. They also had the lowest voter turnout in 2008’s elections at 47%, falling behind Hispanic voters (49%) and black voters (65.2%), all despite a rise in elected Asian officials.

The diminished presence of Asian political participation is a curious one, especially when you consider the characteristics of today’s Asian population. Though variations exist among different Asian subgroups, Asians generally possess the socioeconomic factors normally associated with higher levels of political participation: Among all groups in the U.S., Asians have the highest median income at $66,000 (exceeding even white Americans at $54,000) and the most bachelor degrees at 49% of the population (exceeding the national average of 21%), both of which normally correlate with higher political activity. Furthermore, Asian immigrants possess a higher naturalization rate than other minority groups, with 40.6%, making them more predisposed to register to vote and perform other politically-oriented tasks.

And yet Asian political participation still falls below that of all other groups in the United States. Among minority groups, Hispanics and African-Americans continue to dominate the polls and rallies, even in states like California where Asians make up 5.6% of the total state population.

A large part of the answer lies with a cultural tradition to avoid politics. While most Asian households like mine don’t explicitly discourage participation in politics, there exists a subtle push for a politics-free life. Instead of rallies, polls and public meetings, Asian parents openly encourage striving for other professions that stray away from the political realm.

Without some form of direct engagement, Asian political participation is unlikely to increase at a pace reflective of the growing population. Part of what fuels other minority groups’ political involvement is the presence of politicians catering to their ideals. In order to fight the Asian mentality of staying away from politics, similar outreach programs should motivate Asians to up their political participation.

The no-politics mentality shouldn’t imply that Asians — immigrants or natural-born citizens — are politically apathetic. Rather, it implies that their low political participation could create some problems in the future. Asians may be one of Barack Obama’s most significant advocates with 57% of the population supporting the President, but statistics like these may not mean much if the current trend continues. As a result, not only would a significant demographic of the population continue to remain unheard from in politics, questions may arise about the true nature of American politics. Therefore, Washington and politicians on the local level need to reach out and engage with the Asian population, as a little encouragement could gradually result more Asians establishing their political presence.

Asian involvement in politics is steadily increasing, though not at a rate reflective of the community’s growing significance. With a little push, however, American politicians could very well turn things around.