Who is Judge Merrick Garland?
from lawnewz.com 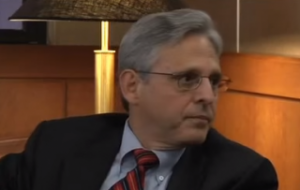 Merrick Garland, President Obama’s nominee for the Supreme Court, has quite the resume. Clerkships with high courts, partnership at a top firm, and federal prosecution are all part of the background of the man who could take the late Antonin Scalia’s place. He is an established centrist on the bench, with a tough stance on crime that, in theory, could make him palatable to a Republican Senate who has vowed not to confirm any nominee until the next President takes office. However, there is one area of his record that conservatives may scrutinize.

Garland, currently the Chief Judge of the Washington, D.C. Court of Appeals, is viewed by some to be left-leaning on gun control. In a 2007 case, he voted to review a restrictive gun law that had previously been shot down. The law included a requirement for guns to be kept unloaded and disassembled, unless they were being kept at a place of business or were being used for legal recreational activities. Prohibiting people from having functioning guns for defense in their home was a critical issue. A U.S. District Court had ruled against the ban (and for the gun owner). The D.C. Circuit upheld that ruling, but Garland then voted, as part of a request to the court as a whole, for the D.C. Circuit to reconsider their own ruling, otherwise known as a request for en banc review. Garland lost, and the previous decision was upheld. The case, District of Columbia v. Heller, eventually went to the Supreme Court, which ruled the ban unconstitutional. While Garland’s actual decision was only to review the law and not to enforce it outright, the fact that he didn’t just agree to kill the ban may not sit well with conservatives.

READ THE REST OF THE STORY HERE AT LAWNEWZ.com