Punching Up: S.E. Cupp’s One-Way Battle With Limbaugh Has More Than One Objective 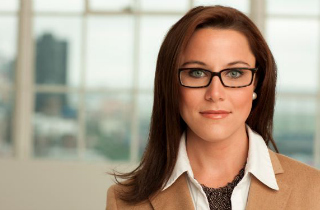 Keith Olbermann once described S.E. Cupp in the following manner:

“On so many levels she’s a perfect demonstration of the necessity of the work Planned Parenthood does.”

So one month later after Olbermann somehow got booted from Al-Currentzeera, Cupp responded with this zinger:

“You once suggested that my parents never should have had me. I am very sorry that your television career has just been aborted.”

And so it goes in cable news today. Politicians were once the sole targets of attack journalism, but how much mileage can you really get out of a Harry Reid or Mitch McConnell joke? There’s no more George Bush (43) to kick around—well, almost—and Joe Biden became a caricature of himself on the gaffe front long ago.

The goal at some networks has always been to attack what is seen as the opposition, to call out the hypocrisy, the absurdity, and always with a condescending smirk. But now, with the election over and half the so-called targets coming up on the losing end, what personalities are left to ridicule?

Been there, done that.

So the focus of verbal assault becomes other media members instead. This craft was perfected (for lack of a better word) by the aforementioned Mr. Olbermann, who—besides being solely responsible for Rachel Maddow and Lawrence O’Donnell having their own primetime MSNBC shows—also wrote the network’s playbook on going after conservative media (particularly Bill O’Reilly) on a daily basis.

1) Helped fill five hours of programming per week, particularly the last half-hour on a slow news night. And from a producing and audience-retention perspective, it certainly beats a deep dive on the particulars of a sequester or complexities of immigration reform.

2) Ego pacification. Pure and simple. Broadcast media consists of more fragile, self-absorbed talent than any other industry. And Olbermann—not exactly the definition of thick-skinned–reveled in one-way confrontation (from the safety of a broadcast studio, of course).

That said, the impetus for today’s column is Ms. Cupp, who recently decided to take on the conservative media mothership that is Rush Limbaugh. Please note: I’m not here to analyze Rush’s or S.E.’s political positions, but to look at the so-called confrontation between the two from a media perspective.

To that end, Cupp, like Karl Rove, feels the party is being overrun by extreme and dangerous elements. In her mind, the 62-year-old Limbaugh is now part of that group:

Cupp: “And we can’t be afraid to call out Rush Limbaugh. If we can get three Republicans on three different networks saying, ‘What Rush Limbaugh said is crazy and stupid and dangerous,’ maybe that’ll give other Republicans cover” to feel comfortable disagreeing with him…”

The minute the quote went viral, the soon-to-be 34-year-old was attacked on Twitter, which she seemed almost surprised at. At last check, every political media figure—big and small time—gets beat up via social media every day. Regardless, S.E.—after writing an op-ed in the New York Daily News and seeing all the press generated simply by publicly denouncing Rush—has now declared that she is standing her ground: No apology to Rush is forthcoming.

One issue: Limbaugh hasn’t even acknowledged Cupp’s comments in any fashion. Not on his radio show, not on his website, not in his newsletter.

Usually the apology process is pretty simple: Someone makes a comment, someone says they’re offended, someone either apologizes or not. This “war” between Cupp and Limbaugh is a one-way street. But to the former, the goal has already been achieved.

And that goal seems to be attention via punching up, which is when a relatively small entity with nothing to lose goes after a significantly larger entity (insert predictable joke here) with more stature and notoriety. In this case, it is obviously Cupp who is sporting the boxing gloves as co-host of an MSNBC show (The Cycle) that averages about 500,000 total viewers per day, while Rush averages (and this number varies depending on who’s reporting it, so we’ll go with the least-polarizing outlet, CNN) 14 million listeners per week.

Audience numbers and name recognition aside, it’s similar to what was once witnessed in the “battle” between Olbermann and Bill O’Reilly:

O’Reilly—who very easily beat his nemesis in both the demo and overall ratings—would refuse to respond to Olbermann by name.

Even his guests were instructed not to evoke KO in any fashion. Instead, “NBC News” and “General Electric” (NBC’s parent company at the time) were basically code for “Olbermann” when firing back.

KO got the attention he craved, but O’Reilly had the satisfaction of knowing that never mentioning Keith by name to his much larger audience ultimately drove him crazy.

Cupp gets lots of attention, becomes the story (once a horrifying prospect to news directors, that’s now considered a good thing in cable news today).

Cupp declares she will not apologize, although outside of some mean people on Twitter, no one is quite sure who is asking for an apology in the first place (Again: It’s not Rush).

Prediction: Moving forward until 2014, Limbaugh will be a focus on Cupp’s MSNBC show, Facebook status, Twitter feed, and many columns moving forward. Ultimately, I believe she wants to illustrate she’s the new spokesperson for the young GOP, and with all the free press she’s getting by continually attempting to prompt Rush to respond—press that obviously includes this column—it’s a win-win.

Problem is, the big fish ain’t biting. And he likely never will.

That’s what usually happens when punching up.