Radio Host Reveals Restrictions In Place Prior To Trump Interview 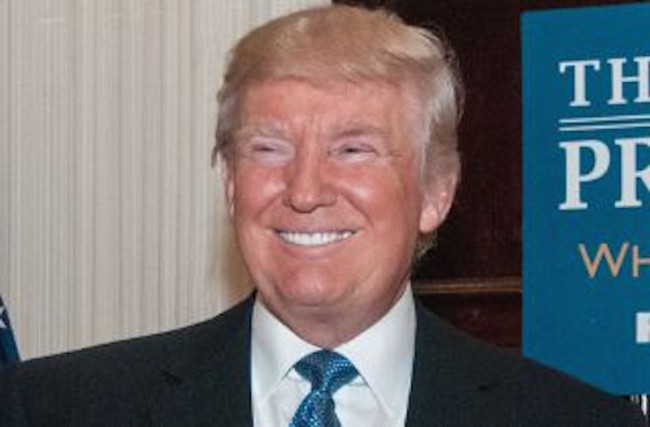 After a “kind of fluffy” interview with Donald Trump Tuesday, radio host Steve McCoy told his co-host Cheryl White that the Trump campaign refused to answer any questions about his platforms because his policies “aren’t set in stone.”

Instead of talking about policies, Trump fielded questions about the importance of prenups and the prospect of buying real estate in Atlanta.

McCoy told Buzzfeed that the interview came with several restrictions, including that Trump “had the right to x out any questions that I ask.”

The 3-minute interview only mentions Trump’s policies once, to segue into a softer question about whether Trump’s wealth translates into arrogance. Trump refuted the suggestion that he’s arrogant, telling McCoy, “I’m very truthful, and I like to be truthful, but sometimes truthful can be arrogant or seems to be arrogant.”

Listen to the full interview above:

Update — Oct. 14, 6:43 p.m. ET: A lawyer for the Donald J. Trump for President campaign contacted Mediaite and redirected us to an Update made on a similar story from Buzzfeed Politics:

A lawyer for the Trump campaign disputes radio host Steve McCoy’s account, telling BuzzFeed News that Trump did not do an interview with the Georgia radio host this week. The lawyer, Donald McGahn, says McCoy admitted to him the interview took place a year ago.

McCoy, who confirmed to BuzzFeed News Tuesday evening in a phone call that the interview took place this week, has not returned a request by phone and email for clarification on the campaign’s claims.

Hope Hicks, a spokeswoman for the Trump campaign slammed McCoy at length in statement to BuzzFeed News.

“This interview did not take place,” Hicks said. “It is a fraud and/or a spoof. The Trump campaign has never communicated with this man. He said Mr. Trump spoke to him yesterday prior to the debate, Mr. Trump never spoke to him yesterday or any day before that. The radio host admitted it was a fraud to our attorney, apologized and he is now hiding and not returning anyone’s call. This is representative of the dishonesty Mr. Trump faces from the media.”