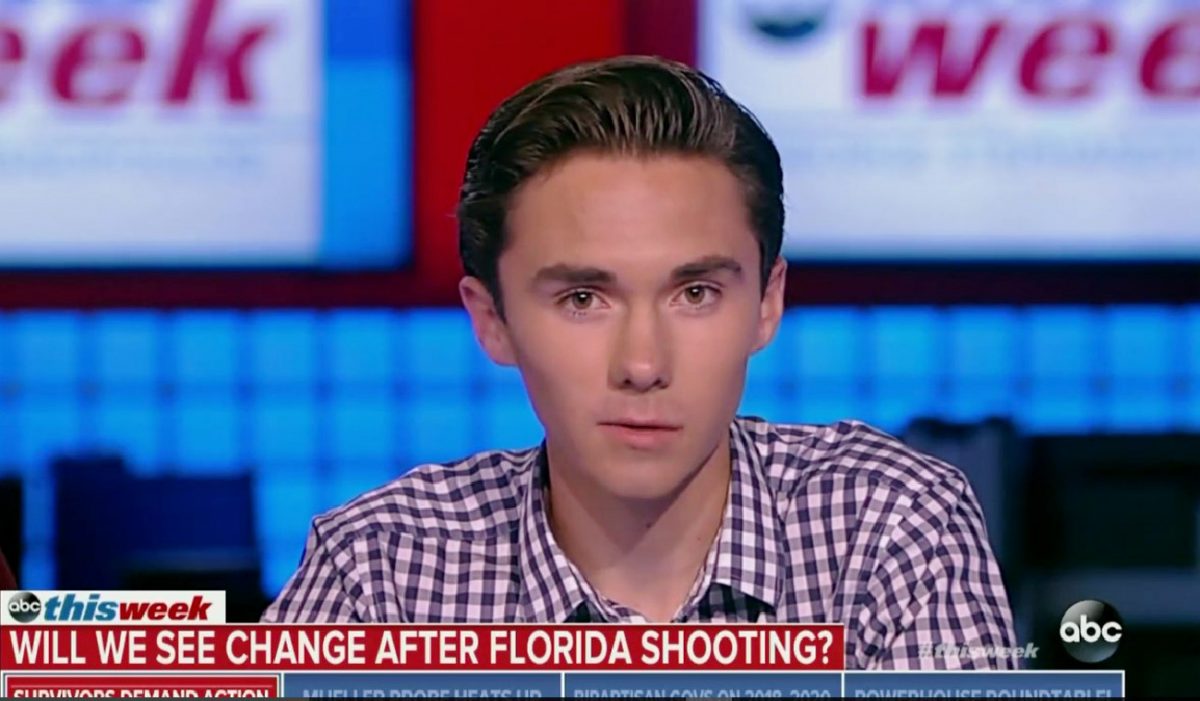 On Monday evening, conservative site RedState ran an article that initially implied Marjory Stoneman Douglas student David Hogg — who in recent weeks has become an outspoken advocate for gun control — wasn’t actually at school the day of the tragic Parkland shooting. Within hours, the site ended up issuing two major updates to the story and striking through the original text of the article.

As originally published with the headline ‘New Video Casts Doubt on Whether David Hogg Was at School on the Day of the Shooting,’ writer Sarah Rumpf compared an interview Hogg gave to TIME Magazine to a recent CBS documentary that included an interview with Hogg. Hogg told TIME about his experience in school the day of the shooting, which included him hiding in a school closet while the massacre occurred.

Rumpf then highlighted that in the recent CBS documentary, Hogg said that on the day of the shooting, he got on his bike and rode as fast as he could to get from his house to the school, which he said was three miles. He did that so he could interview as many people as possible with his camera.

According to Rumpf’s originally written piece, it appeared that Hogg was lying in one of the interviews, as in her words, it was “not possible for him to have been in class and also have been at home, a three mile bike ride away from campus.” Rumpf pointed to the fact that the school was locked down shortly after the shooting, so if Hogg was at home, he couldn’t have made it to the school in time via bike.

The first update showed a cellphone video of Hogg hiding in the closet during the shooting, obviously proving he was at school that day. In that update, Rumpf said his comments to CBS still don’t make sense, asking if he violated the lockdown by leaving and then reenetering the campus to interview students.

UPDATE #2: This Vox article indicates that Hogg went back to the campus area at 6 pm and did not actually enter campus, but had his camera and interviewed people across the street from campus. Here’s his quote:

At 6 pm after the shooting, I took my camera, got on my bike. I rode in basically twilight. And I ride my bike three miles down winding sidewalks and find my way to the school, as I’ve done in previous years. All the while, I was making sure my camera bag didn’t rip open, because if you zip it a certain way, the camera falls out, and it would be destroyed.

After reviewing all of this, it appears that the problem was that CBS included a very confusing quote without context. Hogg was on campus during the shooting and returned several hours later to interview people across the street. The original story remains below, in strikethrough. I am sorry for the error and have updated the post accordingly.

The post was also given the following new title: ‘UPDATE: CBS Video Confusing. Hogg Was On Campus.’

Rumpf also took to Twitter to apologize for the errors in her piece:

I made updates as soon as I was aware of the info & deleted my posts sharing the article. The original text remains in strikethrough for transparency's sake. This was my error. I was confused because CBS' quote didn't line up w/other stories. I am sorry. https://t.co/twUizQZws5 https://t.co/UqoLFu2eH6

I am trying to get the correction out there. Deleting the post entirely would not be transparent. https://t.co/twUizQZws5 https://t.co/q5QC45NZXn

I corrected the story because it was not accurate. When I first watched the CBS video, I thought it was. People helpfully sent me info and I reviewed it as quickly as I could and then added it to the post. The right thing to do was to update the piece. https://t.co/twUizQZws5 https://t.co/w8AntqgCPH

I am sorry for the error. I have updated the post but left the original text in strikethrough for transparency's sake. https://t.co/twUizQZws5 https://t.co/XvoAzM4CwM

I am trying to be transparent. The original story was inaccurate. I am sorry. https://t.co/twUizQZws5 https://t.co/lRjaGPp8Kz

Meanwhile, prior to deleting the tweet, former RedState editor-in-chief Erick Erickson claimed that Hogg had contradicted himself in two separate interviews regarding his whereabouts, adding that it wasn’t a “fake news Gateway Pundit bs story.”

he deleted it, but here's the credulous tweet from Erickson pic.twitter.com/WeIW751k16