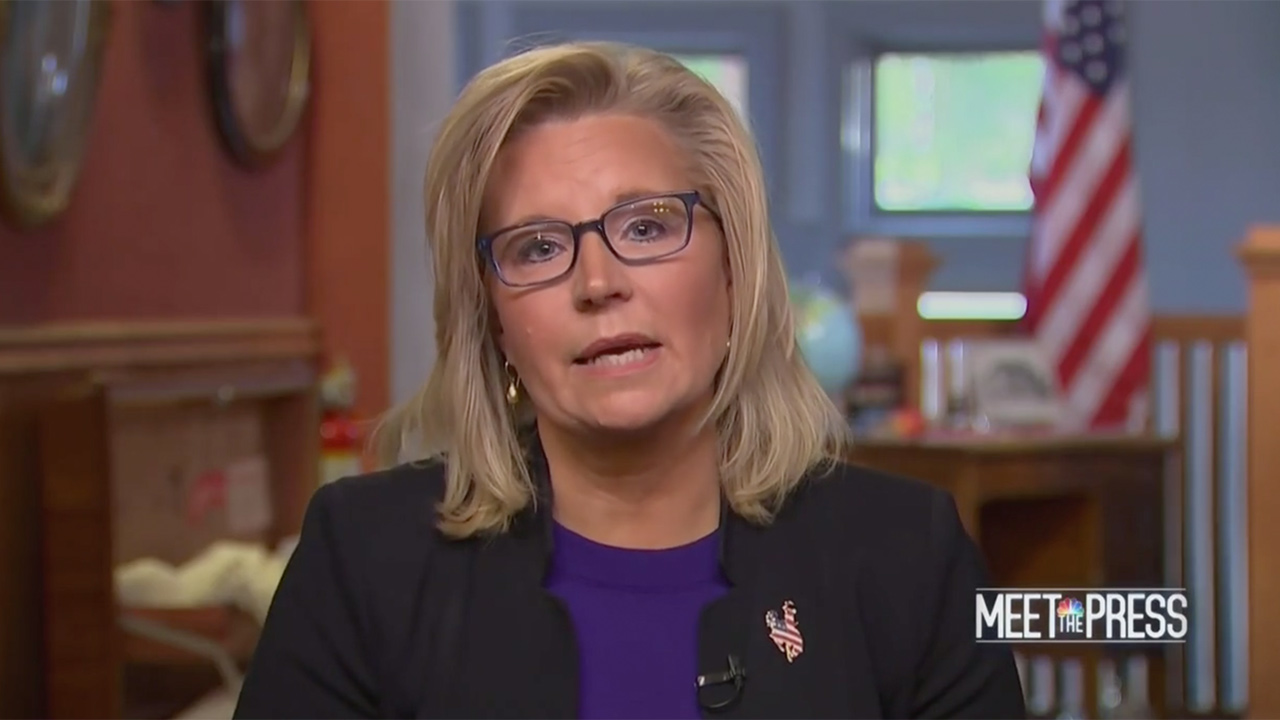 The conservative blog RedState has retracted a blog post announcing a new contest that encouraged readers to go “RINO hunting,” and report back to their comment section.

The original article published Saturday morning called on RedState readers to help the publication gather “targets” for a new weekly competition which was billed by the outlet as a peculiar form of “organizing.” A photo of Rep. Liz Cheney (R-WY), who drew the ire of supporters of former President Donald Trump when she voted in favor of impeachment, was featured at the top of the article.

“On February 5th, we published an opinion piece that unfortunately used a metaphor that we find inappropriate. It has been retracted and we regret its publication,” the webpage now reads, with the headline “[retracted].”

Yet the outlet’s writers don’t appear to be happy with the decision to pull the plug on their “RINO hunting” endeavors. RedState writer Mike Ford, in the comment section of the now-retracted blog post, encouraged his readers to spam Mediaite’s comment section to “gently chide our leftist ‘friends.'”

“Apropos of nothing whatsoever, this link is very interesting,” Ford wrote, before linking Mediaite’s report. “I’ve heard somewhere that one way to gently chide our leftist “friends,” could be to prolifically post prose in the comment sections of their websites. Not sure where I heard that. BTW….I keep hearing this term TACT. Anybody out there know what that means? I looked it up in the Infantry Officer’s Field Guide and couldn’t find the reference.”

“LOL. We have MSM allowing former CIA officials to say the govt should literally use the same tactics they used in Afghanistan against al-Qaeda against its own citizens (i.e., drone strikes) w/o pushback but this article is somehow a problem. Um, ok,” Van Laar tweeted. 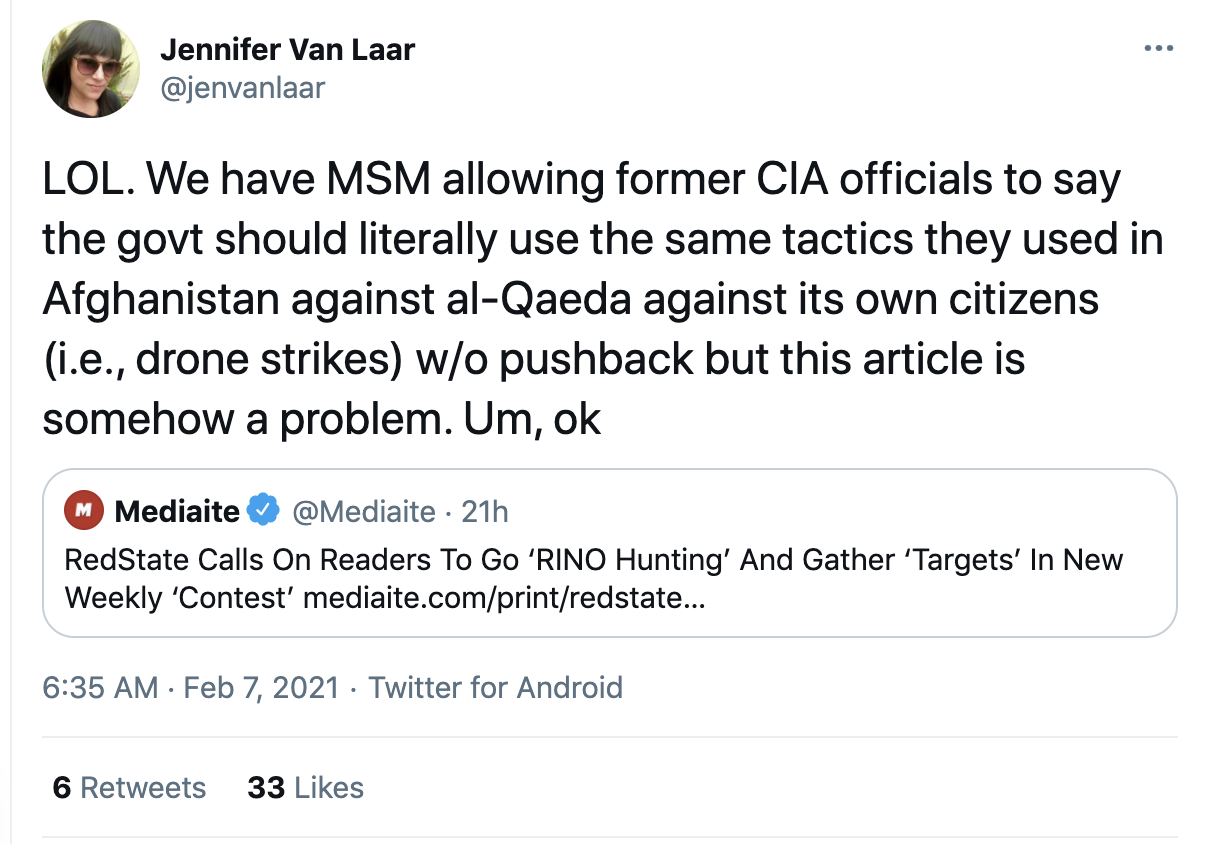 It’s not the first time RedState has retracted one of Ford’s posts. Last month, his post claiming there was “no riot” or insurrection at the Capitol on January 6 was also retracted and replaced with an editor’s note saying, “Overnight, this article about January 6th was published. Many details, opinions, and analysis contained in the piece were either incorrect or inappropriate. It has been retracted and we regret its publication.”

RedState has yet to return Mediaite’s original requests for comment on the matter.