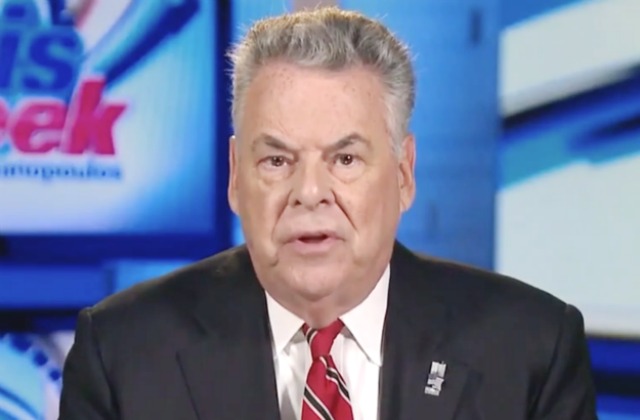 As the “town hall” events featuring various Republican lawmakers continue to make news when the audience is largely/vocally speaking out in favor of the Affordable Care Act, Rep. Peter King (R-New York) spoke about the topic in a radio interview on Thursday. Appearing on WNYM-AM (AM970, The Answer) in the New York market, King did not exactly have kind words for the dissenting voices/protesters.

“As best I can tell, there are people who are angry, we saw that on election night — the Hillary people basically went into depression when Donald Trump won,” he said. “The anguish on the campuses. There are people who are just angry, they’re angry that Trump won, that Hillary lost. There’s others who are being, I guess, egged on, if you will. So I’m assuming that they’re all legitimate, but to me it just does not serve a purpose. It really diminishes democracy if you’re gonna show up to a meeting to just scream and yell.”

King added that he’s not doing town halls because “all they do is just turn into a screaming session,” instead choosing to appear on what he termed “every national TV show.”

“I’m gonna do a telephone town hall, where people can call in,” he added. “But to me, to turn this into a spectacle — and I’m against it on either side. I just think if you want to have a intelligent logical discussion that’s fine, but just to turn it into who can scream and yell the loudest.” It seems that King feels that, for someone like him who represents a large population, a town hall is pointless. “I have 800,000 people in my district,” he explained. “So let’s say three or 400 people show up to scream. Do I listen to those as opposed to the others who aren’t there? On the other hand, I’m not ignoring the fact that people are angry and have some legitimate grievances.”