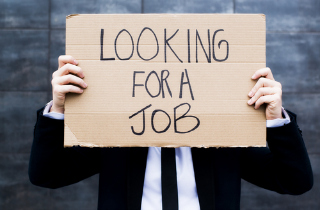 New York Post business writer John Crudele posted a pretty startling report Tuesday morning: The numbers showing a decline in unemployment shortly before the 2012 election were “manipulated,” according to his source and documents obtained.

As readers may recall, during the final months of the 2012 presidential campaign, unemployment numbers fell from 8.1 percent to 7.8 percent in September. The sharp decline raised eyebrows and created a new breed of “job truthers” who believed the numbers to be faked in some way, shape, or form — mainly for the purpose of aiding Obama’s reelection. Former General Electric CEO Jack Welch led the pack.

Turns out, if Crudele’s report is indeed correct, the numbers were manipulated — not by the Department of Labor, but by an employee within the Census Bureau, the agency which does the unemployment survey.

According to Crudele, Census employees have been caught in the past fabricating data for unemployment reports in the past:

Just two years before the presidential election, the Census Bureau had caught an employee fabricating data that went into the unemployment report, which is one of the most closely watched measures of the economy.

And a knowledgeable source says the deception went beyond that one employee — that it escalated at the time President Obama was seeking reelection in 2012 and continues today.

“He’s not the only one,” said the source, who asked to remain anonymous for now but is willing to talk with the Labor Department and Congress if asked.

The Census employee caught faking the results is Julius Buckmon, according to confidential Census documents obtained by The Post. Buckmon told me in an interview this past weekend that he was told to make up information by higher-ups at Census.

Crudele doesn’t identify any “ideological” motive for the data exploitation. Instead, he points to the “ironic” fact that the Department of Labor’s “demanding standards left the door open to manipulation”:

Labor requires Census to achieve a 90 percent success rate on its interviews — meaning it needed to reach 9 out of 10 households targeted and report back on their jobs status.

Census currently has six regions from which surveys are conducted. The New York and Philadelphia regions, I’m told, had been coming up short of the 90 percent.

“It was a phone conversation — I forget the exact words — but it was, ‘Go ahead and fabricate it’ to make it what it was,” Buckmon told me.

Census, under contract from the Labor Department, conducts the household survey used to tabulate the unemployment rate.

Interviews with some 60,000 household go into each month’s jobless number, which currently stands at 7.3 percent.

Since this is considered a scientific poll, each one of the households interviewed represents 5,000 homes in the US.

Buckmon, it turns out, was a very ambitious employee. He conducted three times as many household interviews as his peers, my source said.

By making up survey results — and, essentially, creating people out of thin air and giving them jobs — Buckmon’s actions could have lowered the jobless rate.

Buckmon said he filled out surveys for people he couldn’t reach by phone or who didn’t answer their doors.

But, Buckmon says, he was never told how to answer the questions about whether these nonexistent people were employed or not, looking for work, or have given up.

But people who know how the survey works say that simply by creating people and filling out surveys in their name would boost the number of folks reported as employed.

Census never publicly disclosed the falsification. Nor did it inform Labor that its data was tainted.

UPDATE: Meanwhile, over at Business Insider, Joe Weisenthal points out some issues he sees in Crudele’s reporting:

The meat of the article doesn’t actually say what the title and introduction say it says. The alleged fakery was not a pre-2012 thing, but rather something that had been an issue for years.

[…] The article also does not say that there was a conspiracy to depress the stated unemployment rate. The guy at the center of the story says there was pressure to produce responses (in order to hit the target for the number of households they surveyed) but that there was no pressure on how to report them.

[…] While it’s true that at the time the September Jobs Report looked very weird at the time. In retrospect, that dropoff in the unemployment rate looks totally on-trend.

[…] Also, the article also states that the problem was focused on one region.