Reporter Allegedly Attacked for Wearing Google Glass in a Bar

Reporter Allegedly Attacked for Wearing Google Glass in a Bar 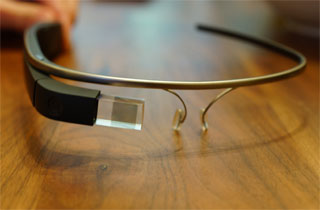 Most people would argue that Google Glass is creepy, and that being in its presence is like being surrounded by twenty anthropomorphized North Koreas at once, but as tech reporter Sarah Slocum proved last night, attacking someone wearing a camera on their head might not be the best idea.

Television station KPIX 5 reported that Slocum, a freelance journalist reviewing Glass, was assaulted and robbed by a Glass-fearing customer at a San Francisco punk rock bar (ironically called Molotov’s). According to a witness, bar patrons, worried that Slocum was recording their various inebriated states, told her “You’re being a [expletive], take those glasses off.”

“The crowd at Molotov’s is not one of the most tech-oriented crowds… it’s probably one of the most punk rock-oriented bars in the city,” a bystander added. “A certain level of tact might have behooved her.”

At some point, however, things got violent outside the bar. Per Slocum’s Facebook:

Luckily for Slocum, she was able to retrieve her Glass and turned recordings of the assault over to the police, which she possessed because she had a camera on her head, because that’s what happens when you rob someone wearing a camera on their head. (Seriously, duh.)

Watch the segment below via KPIX 5: