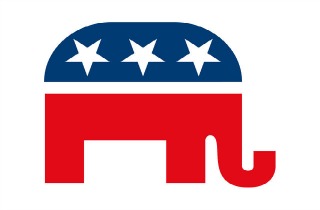 Since the tragic shooting at Sandy Hook Elementary in Newtown, Connecticut, we’ve seen several outraged reactions on both sides of the political aisle. But the response from Republican leaders seems specifically designed to take the spotlight off increased gun legislation at any cost – including supporting governmental measures directly at odds with the party philosophy. How seriously can we take propositions calling for better mental health care, arming teachers in schools and further regulation of violence in the media from a party who ardently opposes the very means to accomplish these measures?

NRA Vice President Wayne LaPierre firmly believes that the only thing that stops “a bad guy with a gun is a good guy with a gun.” In this vein, LaPierre proposed a plan last week that calls for armed guards throughout our nation’s schools. Many prominent Republicans leaders think this could be a viable solutation. But ignoring, for a moment, the erred logistics of this proposal, by a conservative estimate, LaPierre’s suggestion would cost nearly $5.4 billion dollars a year. From a party that has historically voted to cut as much funding from education as possible, why is this sudden injection of funds into the school system acceptable? Could it be because any other solution would involve increased gun control legislation – violating a sacred precept of gun-advocate Republicans?

The GOP has also cited cultural violence in America, blaming violent media and video games, as a possible cause for the shocking number of mass shootings in this country. Maybe we do have a lot of violence in the media but the proposed answer from the GOP – further regulating the media – isn’t in line with a party philosophy that purports to back as little government involvement as possible in citizens’ lives.

Luckily, not every member of the Republican party is on-board with the strategy to ignore guns as a possible cause for mass shootings. GOP pollster Frank Luntz said today that he didn’t believe the NRA was listening to public concern about guns. Republican Senator Kay Bailey Hutchison admitted Sunday that semi-automatic weapons and high capacity magazines are potentially problematic and need to be looked at. Conservative commentator Joe Scarborough acknowledged the need to examine his “long-held beliefs” on the matter. Unfortunately, the Republicans voicing their concern about gun control are the minority, with many more refusing to accept the role of guns in America’s violent crimes.

If the bottom line really is to prevent further mass shootings in America, shouldn’t the Republican Party as a whole be willing to put everything on the table? Regardless of theoretical prescriptions, it turns out that most Republicans aren’t willing to look at anything that might involve taking away America’s guns and instead, chose to put forth a number of suggestions at odds with their own philosophy. It’s hard to fight with liberals when you’re fighting with yourself, so maybe the Democratic course of action should just be to let the Republicans implode as they – sooner rather than later – likely will.
—
>> Follow Anjali Sareen (@AnjaliSareen) On Twitter