Roger Ailes on Trump-Megyn Feud: I Asked Him ‘What the Hell Is Wrong With You?’

Roger Ailes on Trump-Megyn Feud: I Asked Him ‘What the Hell Is Wrong With You?’ 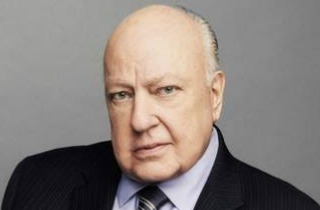 Fox News Chairman and CEO Roger Ailes has received the honor of being Adweek’s Media Visionary of the Year, and in an interview with Adweek, Ailes opened up about Donald Trump‘s feuds with Fox.

Ailes made it clear that Lachlan and James Murdoch have been “very supportive and very complimentary” of Fox News, and “it’s not contentious in any way.”

As for Trump, Ailes said that The Donald clearly “got it wrong” on Megyn Kelly when he tweeted up several storms about her because he didn’t care for her asking him tough questions at the Fox News debate.

Here’s what Ailes had to say:

Look, I’ve always had the same relationship with Donald for 30 years. It’s a friendly relationship, surprisingly enough. I did call him after the first go-round and I said, “What the hell is wrong with you? The United States is at war with every goddamn country in the Middle East and you’re at war with Megyn Kelly and you think that looks good? It doesn’t look good.”

You can read the full interview––wherein Ailes addresses whether he’s ever considered running for office––here.