Roger Stone Turns on Alex Jones For Not Giving $25k to His Legal Fund: ‘I Expected a Nice Contribution’ 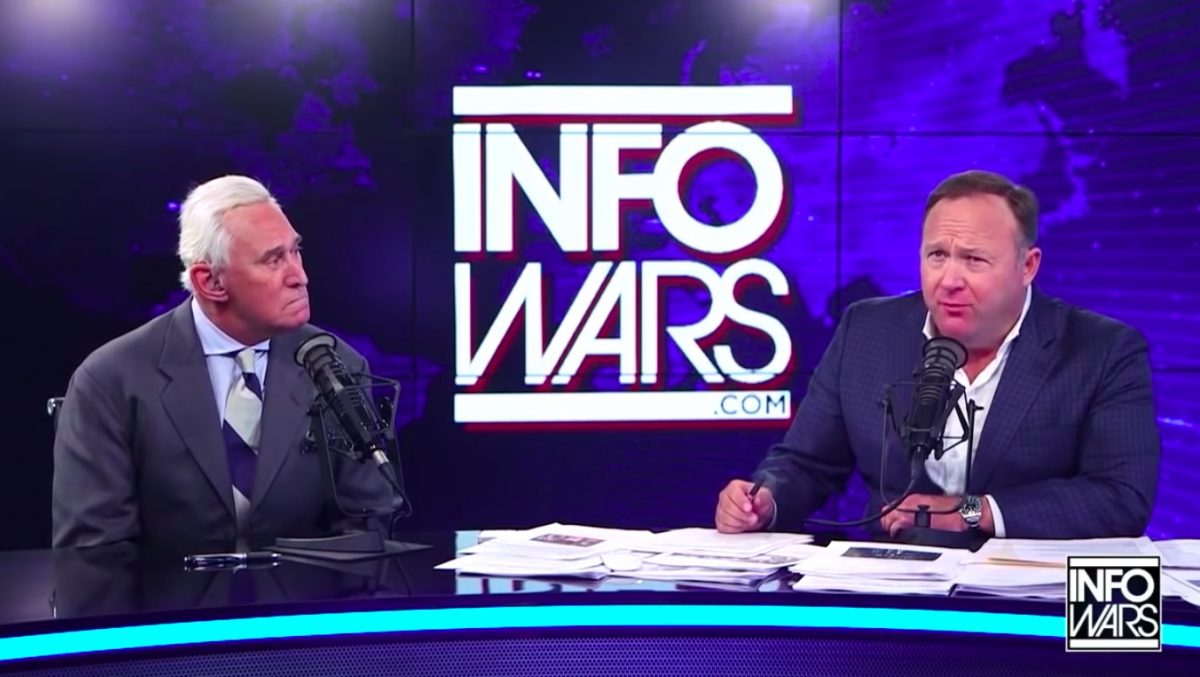 Roger Stone is on rocky terms with his longtime ally Alex Jones, telling a radio show today that he expected a “nice contribution” from the Infowars host to give toward his legal defense fund.

“Actually, I’m kind of disappointed in Alex,” Stone said on SiriusXM’s Jim Norton & Sam Roberts program. “He is not selling the iconic ‘Roger Stone did nothing wrong T-Shirts.’ Which you know, has been a mainstay of my fundraising.”

“I expected a nice contribution to my legal defense fund, and have not received one,” he added. “I’m a little disappointed.”

Stone then brought up Jones recently claiming his Sandy Hook conspiracies were “caused by psychosis” and the Infowars host’s commentary on “posses of men dressed as clowns going around abducting children for sexual abuse.”

After Stone, who was indicted in special counsel Robert Mueller‘s investigation, again said a “check would be nice,” the host asked if he had actually contacted Jones and asked for money.

“Hopefully he’ll throw a few simoleons my way,” Stone replied, clarifying that “25 large would make me happy” and it would just be “chump change for him.”

“Have you told him, ‘Hey Alex, I’d like about $25,000 please?'” the host asked Stone, who wouldn’t get into the details of their “personal conversations back and forth.”

Stone and Jones are frequent collaborators. In December, the two staged an appearance at Google CEO Sundar Pichai‘s testimony before the House, which was part of a hearing on political bias at tech companies.

Listen above, via SiriusXM’s Faction channel 103.