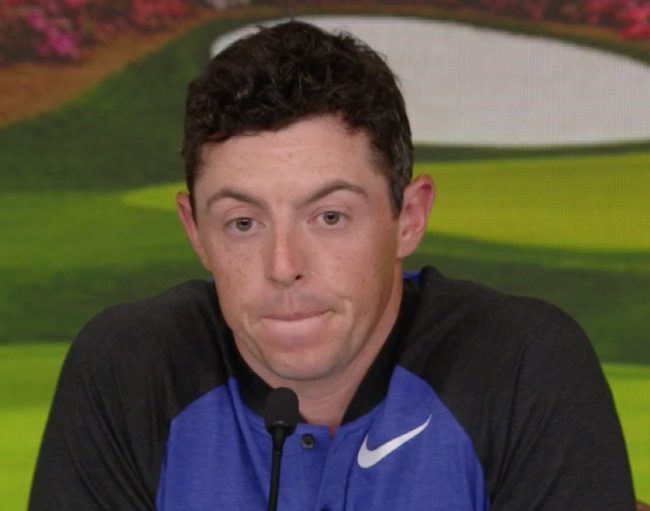 In advance of the biggest tournament of the year, one of golf’s biggest stars is having to answer continued questions about a round of golf with President Donald Trump earlier this year.

Back in February, golf star Rory McIlroy hit the links with the president at Trump’s course in West Palm Beach, FL.

McIlroy, the No. 2 player in the world and already a four-time major champion at the age of 27, was criticized by many for teeing it up with the president — to the point where he issued a statement on Twitter.

At a press conference, Tuesday, in advance of The Masters, which starts Thursday, McIlroy was asked again about his round with the president. And he admitted that he may have shifted his position on the issue.

“Would I do it again? After the sort of backlash I received, I’d think twice about it,” McIlroy said.

McIlroy reiterated that the round of golf was just that, and nothing more, and that he differs with Trump politically on many issues.

“I’ve spent time in President Trump’s company before, and that does not mean that I agree with everything that he says,” McIlroy said. “Actually, the opposite.”

McIlroy added: “I felt I would have been making more of a statement if I had turned it down. It’s not a tough place to be put in, but it was a round of golf and nothing more.”