Rubio: Many Republicans Won’t Criticize Trump Because ‘It Means Siding With’ the Media 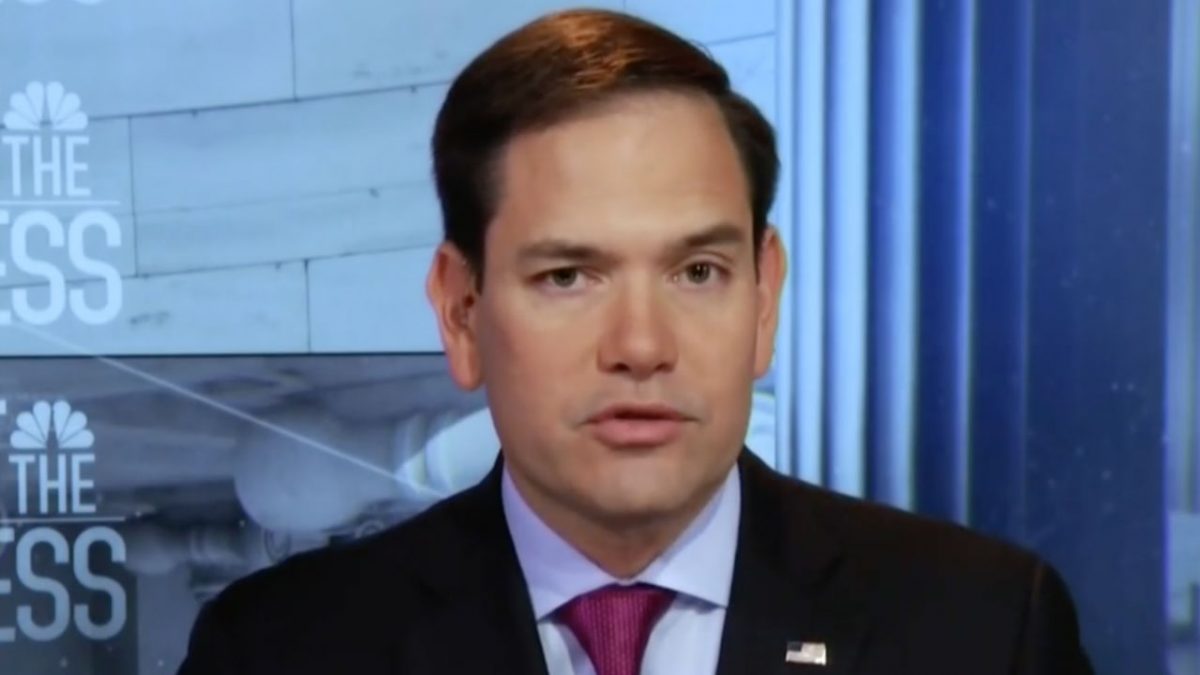 If you’re wondering why more Republicans on Capitol Hill don’t speak out against President Trump, well, Marco Rubio says the answer is quite simple: the media.

His explanation comes after new poll numbers found that most Republicans (an astonishing 93%) think the media intentionally pushes fake news.

Rubio took to Twitter in response to say Republicans aren’t more publicly critical of the President, “even when they don’t agree with him,” because of the media:

Many Republicans won’t criticize Trump even when they don’t agree with him b/c it means siding with a media that nevers cuts him a break,turns even little things he does into an act of evil,are also unfair to them & in the end will still attack you anyway https://t.co/jv3A18ka4V

And people agreed, but didn’t find the admission to necessarily be a good thing:

Let me fix this for u, Marco:

Many Republicans, including u, won’t criticize Trump even when they know he’s dividing the country, cheapening the Presidency, diminishing America’s standing, causing unspeakable pain to families, & is all around horrible, BECAUSE THEY HAVE NO SPINE https://t.co/bicB15bsfH

This as perfect an explanation of the entire GOP and the mechanics of its coalition as you’ll find. https://t.co/GHTQJDmfBC