Rupert Murdoch Might Save Print Just By Not Being Boring

Rupert Murdoch Might Save Print Just By Not Being Boring 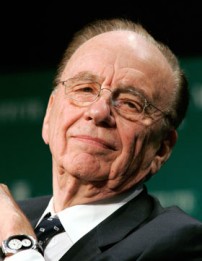 What else is there left to say about Rupert Murdoch. He’s like the Lindsay Lohan of the media world in his ability to generate copy about his life and loves and Shakespearean family relations. The latest is a New York cover story penned by Gabriel Sherman that was burning up Twitter last night when it went live on line.

The lengthy piece revealed a number of the sort of juicy tidbits media folk who pay attention to the worlds of Murdoch love to munch on.