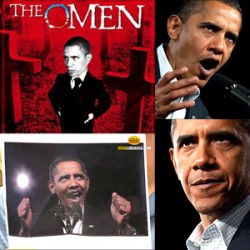 On his show yesterday Rush Limbaugh devoted a some time to criticizing the media for their schizophrenic coverage of the Midterms. Declared Limbaugh:

Everybody is reporting how everything they believe in is gonna get trounced, and yet they are not portraying their feelings. The reason they’re not is because who in the world wants to admit that everything you believe is wrong? So they gotta come up with other explanations for it. “Well, Obama just didn’t get the message out,” or, “Well, Obama stupidly gave that interview to the New York Times. Why go out there and do this navel-gazing before the election?”

Etc. And he has a point. Every day the cable and blogosphere is filled with a new viral theory about why Obama is going to lose seats in November and what he should have done or not done to avoid this outcome. One might argue this has less to do with admitting “everything you believed in is wrong” than it does with a overwhelming desire to increase ratings, traffic, and SEO, nevertheless, the outcome is the same, namely there is precious little substance being discussed.

Whether or not this has anything to do with a recent slate of pictures on Drudge that make Obama appear to look possessed is really anyone’s guess, but after stating that Obama was the best thing to happen to the “civil rights dudes” and that “history will show that the election of Obama in this period will be a giant step backwards in race relations” Limbaugh segued into this:

There are some pictures on the Drudge Report. I’m gonna hold them up here to the Dittocam. I’ve got too many things to do here, but, folks, these pictures, they look demonic. And I don’t say this lightly. There are a couple pictures, and the eyes, I’m not saying anything here, but just look. It is strange that these pictures would be released. Snerdley is looking at them and … see what I’m talking about? It’s very, very, very strange. An American president has never had facial expressions like this. At least we’ve never seen photos of an American president with facial expressions like this.

Of course, he’s not saying anything here, just that the President looks demonic. Draw your own ‘substantive’ conclusions, I guess. What’s amazing about this sort of talk is that even a year ago it would have been considered either beyond the pale or the basis for an SNL sketch to infer that the President looks possessed. Now it’s just par for the course, making me wonder if we are fast approaching the point where exhausted voters entirely lose patience with this sort of race-to-the-bottom innuendo, or if coverage of the second half of Obama’s first term is going to entirely devolve into a blogosphere comments section. Read the full transcript here.

Related: Apparently Drudge Is Worried Hillary Clinton Is Possessed By The Devil