Sandra Bland Told Jailer She Attempted Suicide in the Past 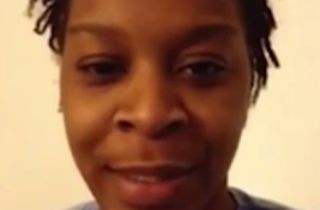 After the release of the dash cam video showing the arrest of Sandra Bland just three days before she was found hanging in her prison cell, debates have raged regarding whether the video was edited, and whether her death was suicide or murder.

New reports from the Waller County sheriff’s office indicates that while being booked, Bland told jailers that she previously attempted suicide in 2014.

Bland’s mental state still remains under investigation by officials, but she went through a form where she disclosed that she took medicine for epilepsy, and previously tried to take her own life due to the loss of a baby. Bland denied, however, that she was experiencing suicidal thoughts at the time of her arrest.

Rep. Sylvester Turner said that Bland’s admission to the authorities should have led to increased supervision by jail staff. CNN reported that she was only checked on with calls on an intercom. Turner said that the incident points to “the need to make sure we provide the care and the interventions for people who are having behavioral and mental health issues when people are coming into our county jail system.”

Cannon Lambert, the attorney for Bland’s relatives said earlier today that there was “no evidence” for any past suicide attempts, or any reason for why she would do so before her death. Bland’s family continues to insist that Sandra’s death was due to foul play, and that her arresting officer should be held accountable.