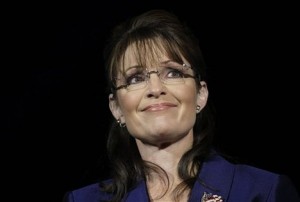 Looks like the Mama Grizzly is starting to cover her tracks – and with good reason. An Alaska court has granted Sarah Palin an emergency restraining order against Shawn R. Christy, an 18-year-old Pennsylvanian whom Palin characterizes thusly: “Bottom line is, he is crazy and could kill me. He wants me dead.”

That statement, from a court testimony that the AP reported late yesterday, stems from the numerous threats Christy has allegedly made to Palin. The Pennsylvania teen is said to have contacted her via phone and written letters (which, in these digital days, is a real sign of menace) and sent her a receipt of a gun he bought. Along with the proof of his purchase, he allegedly told her that he was buying a one-way ticket to Alaska. He is also reported to have written that he “is trying to follow God but has evil in him.”

Such disturbing allegations were enough for an Alaskan judge to issue “a 20-day restraining order, barring Christy from having any contact with Palin’s family and requiring him to stay at least a mile away from her Wasilla, Alaska, home.”

This highlights an emerging trend: the danger of being Sarah Palin. As we reported before, Esquire exposed the dangers of simply being named ‘Sarah Palin’, even in England. As midterms and, eventually, the 2012 political season near, and as political rhetoric reaches fever pitch, one can only assume that Sarah Palin will face more of this. Obama‘s presidential campaign came with an unusually early Secret Service detail, which began nine months prior to the Democratic primary. Palin’s potential 2012 may have to follow that lead.