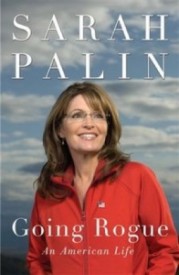 Yesterday, after a relative lull on Facebook, Sarah Palin fired off two new notes, working in a few jabs at Obama over his handling of the war in Afghanistan and his position on energy.

They weren’t especially substantive as policy proposals — the first note said that Obama needed to devote the necessary resources to winning the war in Afghanistan (how many politicians would disagree?), and the second post was a heavily footnoted return to drill, baby, drill — but they were succinct, timely, and further proof of Palin’s ability to stay in the spotlight much longer than most would have expected in January.

From the Afghanistan note:

For two years as a candidate, Senator Obama called for more resources for the war in Afghanistan and warned about the consequences of failure … We owe it to all those brave Americans serving in uniform to give them the tools they need to complete their mission.

Our allies and our adversaries are watching to see if we have the staying power to protect our interests in Afghanistan. I recently joined a group of Americans in urging President Obama to devote the resources necessary in Afghanistan and pledged to support him if he made the right decision. Now is not the time for cold feet, second thoughts, or indecision — it is the time to act as commander-in-chief and approve the troops so clearly needed in Afghanistan.

The energy independence note doesn’t lend itself as easily to block quoting, but the gist of it is: the weakened dollar is partly a function of our energy debt, so we need to ramp up domestic energy production, especially because foreign countries will try to screw us over in the future if we don’t. But “[i]n his book Architects of Ruin, Peter Schweizer points out that the Obama administration is focusing primarily on “green energy,” while ignoring our need to develop our domestic conventional energy resources.” So “drill, baby, drill” wasn’t such a bad idea, after all.

As Gawker points out, there’s a good chance Palin’s Facebook notes are ghostwritten or very heavily vetted (referring to a defense of the infamous ‘Death Panels’ post, they wrote “there’s no way in hell Sarah Palin wrote it”). They don’t sound like her, and the footnotes in particular seem to exist so people can say, “wow, she used footnotes!” (citing sources is a plus, but why not just go with hyperlinks?)

Even if they’re not trailblazing, they manage to hit some of Obama’s weak points without coming across as vicious or hyperpartisan. As she writes in the Afghanistan note, she has “pledged to support [Obama] if he made the right decision.” More importantly, they brand the positions as Sarah Palin’s, and make news without her having to call a press conference or, heavens forbid, speak to a potentially hard-hitting interviewer.

In January, CNN — well, “some observers” cited by CNN — “wonder[ed] why Sarah Palin remains in the spotlight.” Even if her critics don’t hit the ‘thumbs up’ button on her notes, they should at least subscribe to her feed for the well-marketed answer.