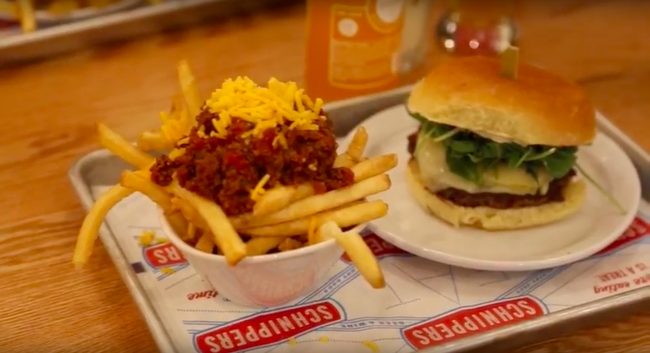 When NY Post columnist John Podhoretz orders fast food, he’d better get it on time, or he’ll flame your entire restaurant on Twitter.

Podhoretz had a minor fit on Twitter after his order from Schnippers — a New York burger chain — was very, very late.

Schnippers co-founder and owner Andrew Schnipper issued a personal apology to Podhoretz and refunded his order:

Apologies for the late delivery. We’ve refunded your order. A number of employees called out. My brother and I are filling in for the sick. I hope you will let us make it up to you. Please email [email protected] so we can send you lunch–on time–tomorrow.
–Andrew Schnipper

Upon receipt of the apology, Podhoretz said he would delete his previous tweets, but by the power of screenshots, they are preserved for all eternity: 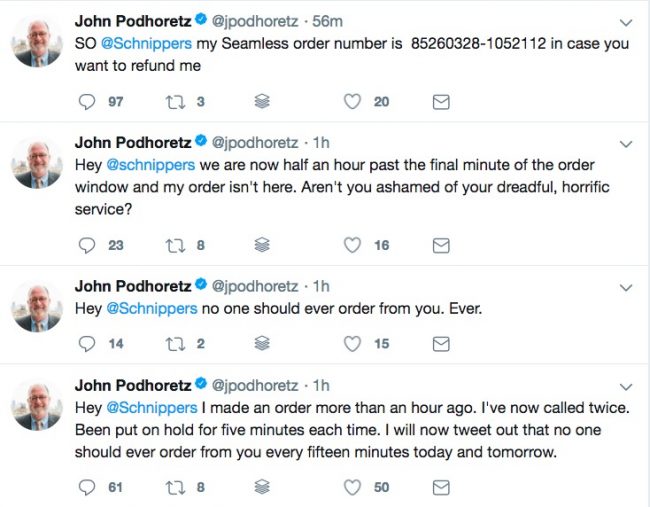 “Aren’t you ashamed of your dreadful, horrific service?” Podhoretz said in one tweet. In another: “No one should ever order from you. Ever.”

Some on Twitter jumped to the burger joint’s defense after Podhoretz’s comments:

We’ve got an all time faceoff on our hands. A pissed off Journalist vs Schnippers. 2 men enter, 1 man leaves (sorry for assuming Schnippers gender) https://t.co/UIqmbGCXf0 pic.twitter.com/sdxyrMWCoV

i promise to get schnippers tomorrow, arteries be damned (since i already ordered shake shack today) https://t.co/kMHPYwFNEh

You know how this ends – @Schnippers get stitches. Feed @jpodhoretz or else.

if you send this toad a free lunch, I will never eat at Schnippers again.

UPDATE 2:38 p.m. EST: Podhoretz tweeted out a handwritten note from the general manager of Schnippers, who offered him a “goodie bag.”