Walmart has fired assistant manager Terry Earsing after he posted the below photo and message on Facebook mocking two Muslim women who were allegedly shopping in the Western New York store where he was working. The New York chapter of the Council on American-Islamic Relations (CAIR) became aware of the post and contacted Walmart to ask that the company terminate Earsing’s employment. 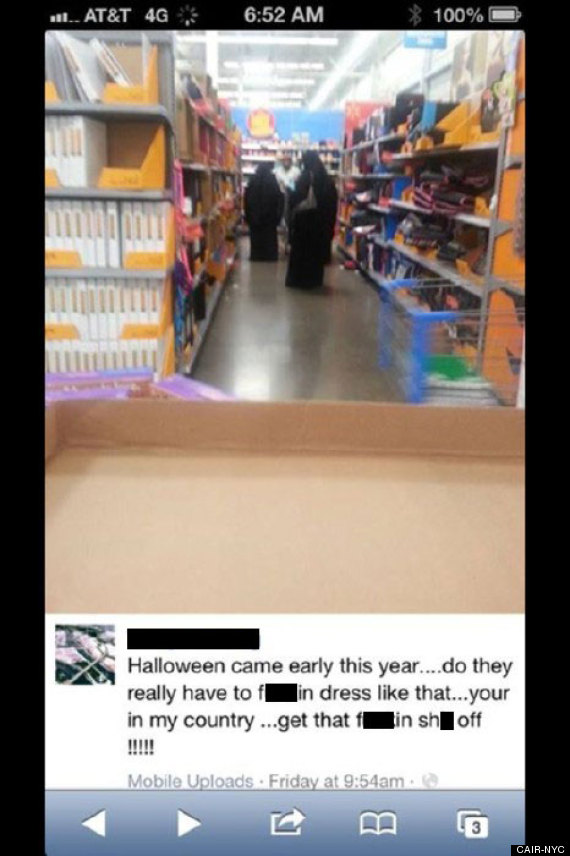 “As soon as we became aware, we began looking into this and as a result, this associate is no longer with the company,” Walmart spokeswoman Kayla Whaling told the Buffalo News. “We set high expectations for our associates, and this associate clearly failed to meet these expectations at every level.”

In an interview with that same newspaper, Earsing apologized for his actions, stating, “I’m truly, honestly sorry about the whole thing. I just apologize. I don’t know what else I can say.”

Ryan Mahoney, board president of CAIR’s New York chapter praised the way Walmart handled the situation. “We absolutely commend them for doing the right thing,” Mahoney said. “I wish this person didn’t take this course of action and force this outcome. Because he did it at his job, it’s not about personal expression, it’s about Walmart’s policy toward hate speech.”

While the photo was clearly taken in a Walmart store, Earsing claimed that a friend sent the photo to him and that he posted the comment on Facebook from home.