Fans of Seinfeld who happened to be walking on the Upper West Side of Manhattan Monday likely had their minds blown if they spotted Jerry Seinfeld and Jason Alexander strolling casually into Tom’s Restaurant, or as it was called on Seinfeld, Monk’s.

One such fan snapped the perfect photo below, which shows Alexander wearing what looks to be an old George Costanza costume: 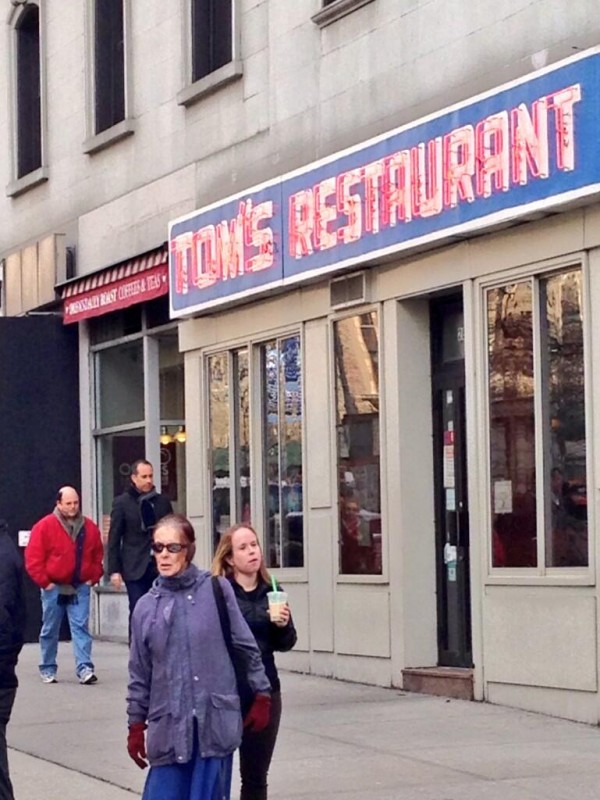 But Seinfeld and Alexander weren’t just grabbing a quick lunch; they were filming… something. The best guess is that it was an elaborate set-up for the current season of Seinfeld’s web series, Comedians in Cars Getting Coffee. What better place for these two to chat and have a cup of coffee than the place they spent most of the 90s talking about nothing.

Of course, anyone who’s been to Tom’s knows it looks nothing like the set used for the interior of Monk’s used on Seinfeld. But whatever they ended up doing in there, this one photo is absolutely priceless.

UPDATE (7:30pm ET): It turns out Larry David was there as well, as you can see in the video below, which indicates the shoot may not have been for Comedians in Cars Getting Coffee.

As some others have been suggesting, this could have something to do with a secret project Seinfeld teased during a recent Reddit AMA.

“We never obsess over anything that isn’t mundane,” Seinfeld said of his relationship to David. “Most recent was intentional mumbling. We wrote this script for this thing that you will eventually see but I can’t reveal what it is at this time. All I can do is tell you is that it’s big, huge, gigantic.”

Watch video below, via Gothamist: