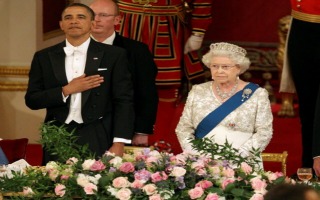 Republican presidential candidate Mitt Romney’s “gaffe” in Great Britain on Thursday, in which he called into question London’s security preparations ahead of the Olympics, has been greeted with a mix of scorn and glee in both the British and American press. Hours after the Telegraph reported that a rogue Romney advisor said that his presidency would usher in a return to America’s traditional respect for the United States’ “Anglo-Saxon heritage,” a phrase which has been willfully misconstrued to mean the Romney camp’s support for racially discriminatory and white supremacist policies, Romney stepped in it yet again. Now the British press is having some fun with Romney’s slap at London’s Olympic preparedness, but the Fourth Estate in England has been far from neutral towards President Barack Obama’s numerous anti-British gaffes. Indeed, they have been rather forgiving. In light of this most recent misstep by Romney, it’s worth a look back at how the British press treated some of the President’s famous misstatements.

In 2009, when President Obama presented Queen Elizabeth II with a gift of an iPod populated with a variety of pictures and songs tailored to the Queen’s liking, the Guardian gushed. “Clearly a lot of thought went into this gift, as President Obama made no secret of his excitement at the prospect of meeting the Queen,” wrote The Guardian’s Rosie Swash. The President’s gift to then-Prime Minister Gordon Brown was a series of DVDs. Most of the British press was “appalled,” but the Guardian noted in the headline “it’s the thought that counts.”

When Michelle Obama met Queen Elizabeth for the first time, she broke with accepted decorum by wrapping a friendly arm around her back. The Telegraph’s headline? “Renewing a very Touching Relationship.”

The U.K. Daily Mail even opted to rewrite the history of that occasion, suggesting that it was the Queen who opted to put her arm around the First Lady first and thus inviting Mrs. Obama to reciprocate:

She is not renowned for public displays of affection. Which made the Queen’s decision to put a friendly arm around Michelle Obama’s waist at a Buckingham Palace G20 reception – prompting the U.S. President’s wife to return the gesture – so utterly astonishing.

When President Barack Obama committed a slight faux pas by toasting the Queen during a state dinner, he spoke over the playing of God Save the Queen amid embarrassing silence. The Daily Mail helpfully noted that the band “accidently” started playing the national anthem over Obama’s speech. While that may be true, the news organization had no such interest in covering for his predecessor when “the blundering Bush” made “another gaffe by winking at the Queen.”

The Guardian’s columnist Victoria Coren gushed sympathy for the relatable moment of fallible humanity the President stumbled into:

Now, it couldn’t matter less. If Obama had stumbled over the table and emptied a soup tureen into the Queen’s lap, it wouldn’t actually have mattered (except to the advertisers on YouTube), never mind speaking a few accidental words over a tune. Nobody was hurt, nothing was damaged, the whole thing was an utter irrelevance. And yet it’s impossible to watch the footage without crawling around and whispering: “Make it STOP!”

When President Obama referred to the Falkland Islands as the Maldives (a chain of islands quite literally located on the other side of the globe), the Telegraph said the gaffe was an “uncharacteristic error” which was “more akin more akin to those of his predecessor George W Bush.”

The President was attempting to use the Spanish word for the island, the Malvinas, which in itself is a snub to the British – a reality that was noted by The Daily Mail’s conservative columnist Toby Harden. But you’ll be hard pressed to find any mention of the incident outside of the occasionally irate British conservative opinion maker.

But what Obama’s predecessor was quite unlikely to do would be to side with the Great Britain’s adversary in the still-simmering dispute over those South American islands. The United States did not back Britain’s claim to sovereignty over those islands when their possession was in dispute, and ultimately sided with a group of nations backing Argentina’s claim to possession – a claim settled by force in the 1982 Falklands War. The Telegraph‘s conservative columnist Nile Gardiner was quite upset by the measure, but the British press was largely silent on the move.

While Romney’s inartful criticism of a fiercely proud people on their soil ahead of an event synonymous with national pride was a bad move, the outrage over Romney’s gaffe is quite selective since the same measure of indignation is never reserved for President Obama.