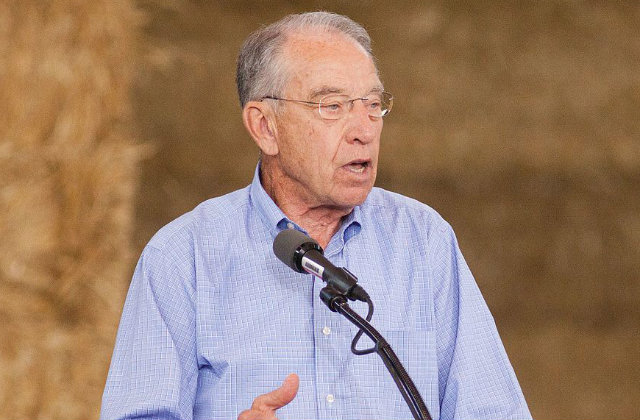 On Monday, Senator Chuck Grassley (R-Iowa), the Senate Judiciary Committee Chairman, released a letter he had sent on Friday to Fusion GPS, an opposition research firm. If the name Fusion GPS sounds familiar, that’s because it’s the firm that contracted former British intelligence officer Christopher Steele to compile the dossier on President Donald Trump’s alleged ties to Russia. “When political opposition research becomes the basis for law enforcement or intelligence efforts, it raises substantial questions about the independence of law enforcement and intelligence from politics,” wrote Grassley.

The letter requests the following from Fusion GPS:

Grassley is asking Fusion to answer his questions and produce the documents requested by April 7th.