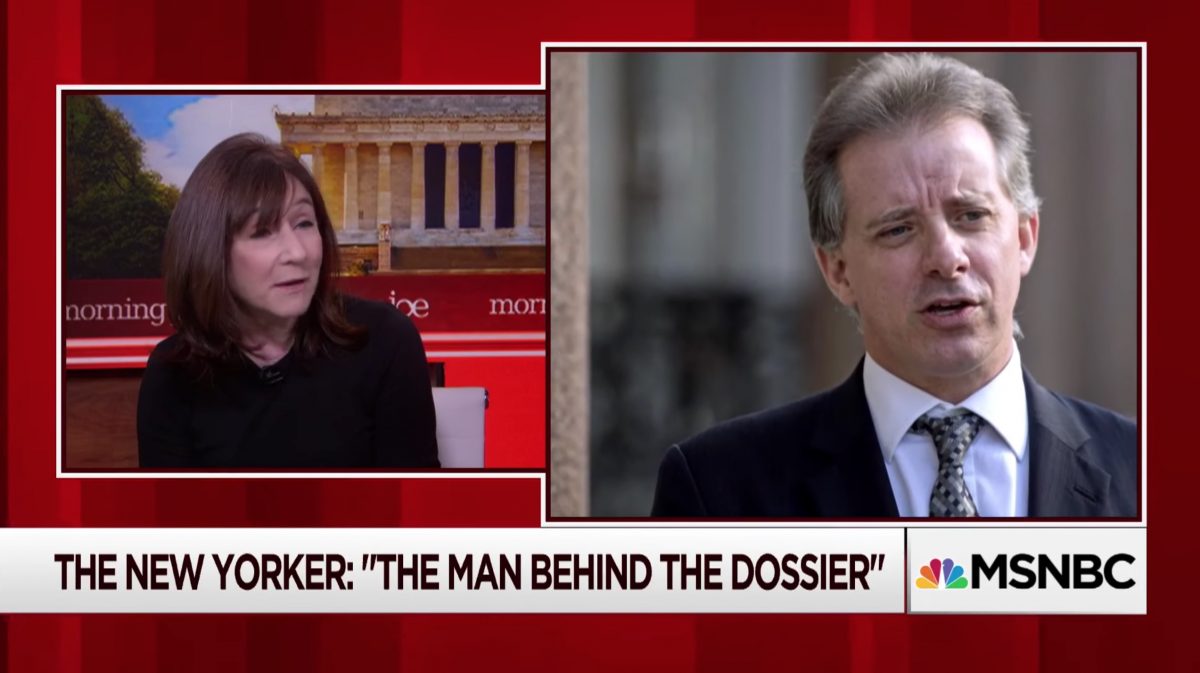 As someone who is both captivated by and somewhat skeptical of claims that the Trump campaign actively colluded with Russia and that Vladimir Putin really has our compromised president in his back pocket, I read today’s massive New Yorker profile on Christopher Steele with great interest. Steele, of course, is the author of the salacious Trump/Russia dossier which, depending on your political persuasion, is either proof that we have a real-life Manchurian Candidate in the White House, or the bad seed which instantly contaminates the fruit of Robert Mueller’s entire investigation.

First, I come at this piece from a rather interesting perspective. I have always been very open to the idea that Steele is a “good guy” in this saga who is being unfairly maligned for purely political reasons. On the other hand I am very distrustful of the writer of the New Yorker story, widely-respected reporter Jane Mayer, because my first documentary film was about a story in which I know she reported something very wrong in defense of the Clintons.

Her Steele story is extraordinary on multiple levels and has all the makings of an amazing movie. But there is information in it which can be used to support almost any conclusion you may want to come to (other than that Steele is a total fraud, which he clearly is not).

Trump and his supporters are sure to latch on to at least two key facts which appear to be somewhat new. One is that Steele did know “several months” after his work for Fusion GPS began on this project that it was effectively Hillary Clinton’s campaign that was funding it. While the report goes to great lengths to explain how that had no relevance to his investigation or findings, that fact can be easily cherry-picked to support Trump’s self-serving attack on him.

The second is that Steele has not even been to Russia since 2009. While likely immaterial, that’s the kind of revelation which will be very effective in discrediting him in the minds of people who would already like to see him taken down.

The overall piece is extremely sympathetic to Steele, but there may be very good reason for that. A strong argument can be made that he tried to be a hero in this saga, but was stymied by bureaucratic blockades and stunning incompetence and is now paying a severe personal price for his efforts to save the Western World from what he truly thinks is a very dangerous situation.

One of the other things Trump fans will latch onto is the view that Steele became a zealot trying to stop Trump from becoming president of the United States. To them this proves he is part of some nonsensical “Deep State” conspiracy to take down their hero, but to me this actually shows that he truly believes in the incredibly damning information he found.

If he had discovered evidence that Trump was colluding with and is compromised by Russia, and didn’t take that astonishing information outside to the FBI to try and sound all the alarm bells he could, then it would be hard to take such stunning allegations seriously, or not conclude that he was just a hired political hack.

Perhaps the most amazing revelation of the piece is that Mayer makes a very strong case that not only did the Clinton campaign not dictate how Steele’s research went down, thanks to a legal “firewall,” those making the political decisions somehow didn’t even know about it (Secretary of State John Kerry somehow not mentioning the dossier to Hillary directly was either an act of colossal stupidity, or great discipline, I’m not sure which).

One of the many questions that Mayer’s reporting begs to have answered (one that I have been mystified by the media’s lack of interest in) deals with the remarkable timing of the infamous “Access Hollywood Tape,” which stomped all over the U.S. government’s announcement Russia was trying to influence the election. It is utterly astounding that NBC has never been forced to explain why they sat of the tape for so long, but remember, it was the Washington Post which actually broke the story after having been mysteriously given the tape THAT very day. Unless this unbelievable timing is just an incredible coincidence, the Post’s source of that tape may provide some very telling context for the entire Russia story.

Obviously, the big headline out of all of this is the new allegation via Steele’s investigation that Mitt Romney was effectively vetoed by Russia as Trump’s pick to be Secretary of State. Clearly, if this is true then it shows that the theory that Trump is compromised (which has always seemed WAY more important than whether Trump “colluded” during the campaign) is very legitimate and is having very significant real-world implications.

While impossible to prove, the timing of Steele’s accusation seems to give it tremendous weight. He apparently wrote this memo based on a “senior Russian official” well BEFORE Trump decided to bypass Romney in favor of Rex Tillerson, who just “coincidentally” had an EXTREMELY good relationship with Putin. Steele’s source either made an extraordinary guess, or Putin really does have Trump by the balls. Of course, Trump’s unwillingness to fully implement the sanctions Congress overwhelmingly passed fits perfectly into the latter scenario.

The bottom line in all of this comes back to Trump’s constant and overt attacks on Steele and the dossier. If the dossier was totally full of crap, a rational president would either not dignify it with a response or, at most, issue one strong denial of its allegations and never speak of it again. Why give new life to something that is false when by doing so you are educating more people to what the salacious accusations are?

While it is always very precarious to try and get inside of Trump’s head, after today, any person who reads this entire piece with an open mind can only rationally come to one conclusion: the reason Trump is obsessed with Steele and the dossier is that they possess real truth. It is now only a matter of how much.