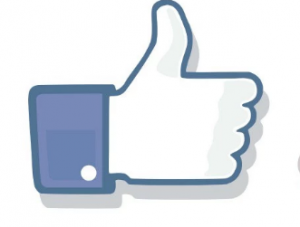 In a recent New York Times piece, the alleged skewing of Facebook’s trending news items to be more liberal and exclude conservatives was brought up once more. The skewing — which was the catalyst for a major meeting between ‘Book brass and right-leaning leaders — is still a source of controversy and confusion.

Some of the “curators” who worked at Facebook when trending topics began spoke to the Times and insisted that the liberal leaning was personal, not mandated or encouraged by the company itself.

Benjamin Fearnow, who was actually fired by Facebook for breaking his nondisclosure agreement over all this, told the Times that the human element of the trending topics was extremely important but was also sort of a secret. Living, breathing, reasoning people were required to sift through the trending news identified by the social media network’s algorithms and weed out that which wasn’t really news. The executives at the company weren’t keen on these curators identifying themselves online, lest people start asking about that human element.

Still, for as secretive as Facebook was about the level of human involvement in the topics, they didn’t encourage those humans to act any certain way; rather, those humans chose to based on their own biases, not Facebook’s.

Even after being termianted, Fearnow said, “It’s hard to see any kind of intentional, outright bias.” He also asserted that he personally wrote descriptions for numerous stories that originated from conservative sources.

Ultimately, the Times summed up the real problem like this:

Still, current and former Facebook employees said the personal judgment of curators was integral. Unconscious bias, they said, is tough to prevent.