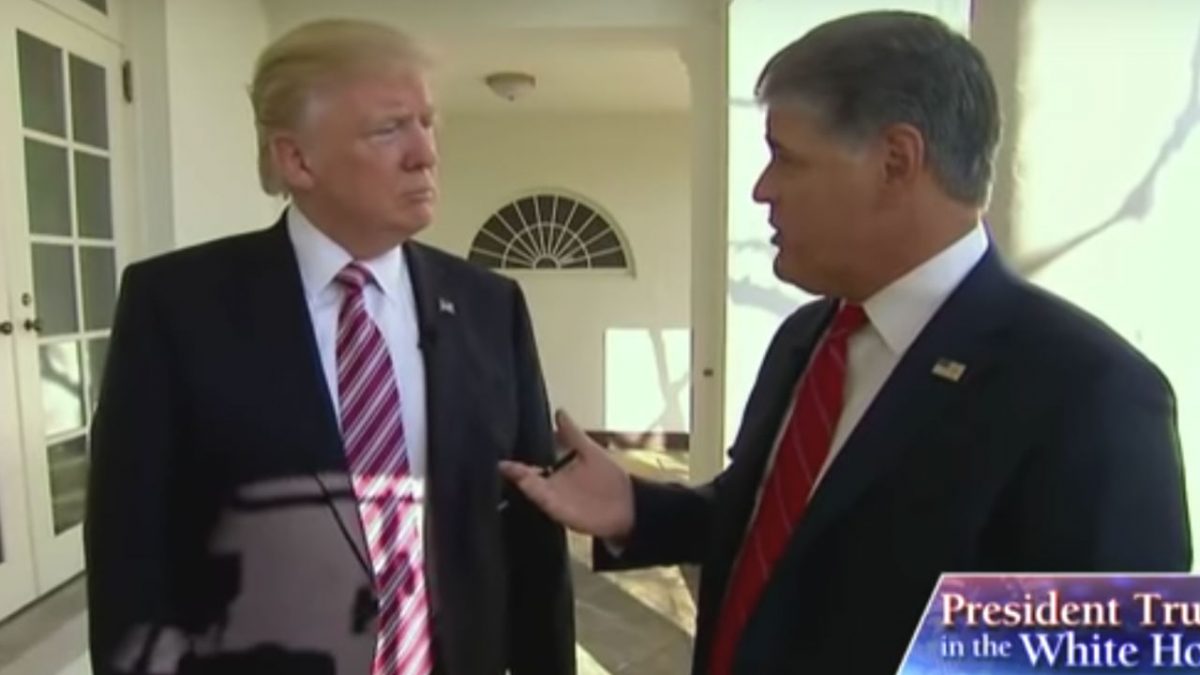 We all know that Sean Hannity is close with President Trump and they speak on a regular basis. A new Washington Post report makes it clear just how close that relationship is.

And if you were wondering just how much the President values Hannity’s opinion, well:

The phone calls between President Trump and Sean Hannity come early in the morning or late at night, after the Fox News host goes off the air. They discuss ideas for Hannity’s show, Trump’s frustration with the ongoing special counsel probe and even, at times, what the president should tweet, according to people familiar with the conversations. When he’s off the phone, Trump is known to cite Hannity when he talks with White House advisers.

Some White House aides have even taken to viewing the Fox News host as “the unofficial chief of staff,” or the “shadow” chief of staff. As one adviser put it, “He basically has a desk in the place.”

Multiple reports on the inner workings of the Trump White House to date have shown us that the President tends to call outside allies to vent. Hannity is apparently “atop the call list” most of the time.

And in case anyone was wondering whether Don Jr. and Eric have anything to do with this, the answer is yes:

Hannity’s relationships with Trump’s sons, Donald Trump Jr. and Eric Trump, have served as the “glue” of his relationship with the president, one White House official said.

The two men appreciate Hannity bringing them on his program and recognize how those appearances have been important for their own profiles, the official said, noting that Hannity was a constant presence with the family at debates during the presidential campaign and widely liked by Trump family members.