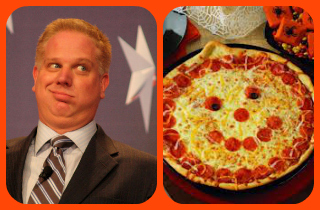 As we’ve reported several times on Mediaite, the Daily Currant is an Onion-like satirical news publication, and yet plenty of people continually fall for their stories. Today that trend came to the forefront when Washington Post writer Suzi Parker was fooled into believing Sarah Palin will join Al-Jazeera’s new stateside network.

In the past, hundreds of social media users have fallen for fake stories about Ann Coulter storming off a flight because of a black pilot, and Bill O’Reilly punching out a mall Santa over a “happy holidays” greeting. And now, aside from the Palin hoax, the most recent example: Glenn Beck called 911 in hysterics after eating pizza from an Arab-owned shop.

The Daily Currant’s satirical post claims that when the conservative radio host realized he was eating pizza prepared according to the Muslim tradition of halal, he called 911 out of fear that the food was “contaminated” by terrorists. One of “Beck’s” “employees” ordered from a well-reviewed pizza shop, unaware of what “halal” meant until someone Googled it.

Upon finding out about the Muslim background, “Glenn immediately started going into panic mode” and called 911. The Daily Currant’s spoof transcript of the emergency call jokes that Beck lectured the operator on how the Muslim owners could very likely be in cahoots with the Muslim Brotherhood. The final paragraph of the satirical post says that Beck “did not have food poisoning. He was diagnosed with an acute anxiety disorder and given sedatives to ease his paranoia.”

One cannot expect non-reporter Internet folk to do their due diligence when tweeting or Facebook-liking an article, but the reaction from people fooled by the satire is noteworthy:

Molecular Media Mind Control~ this is scary folks. Please #getfacts before you do something stupid and embarrassing. dailycurrant.com/2013/02/05/gle…

The Daily Currant’s posts generally focus on conservative commentators, but it’s not only the more left-leaning folks who are fooled by online satire. Many may recall the 2011 incident in which a hilarious Onion article about Planned Parenthood’s $8 billion new “Abortionplex” managed to fool countless conservatives and pro-lifers: 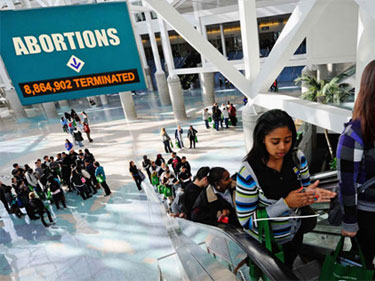 And so, Internet readers of all political persuasions, do your due diligence…

Or, actually, keep falling for satirical news sites, because it’s fun to call you out.