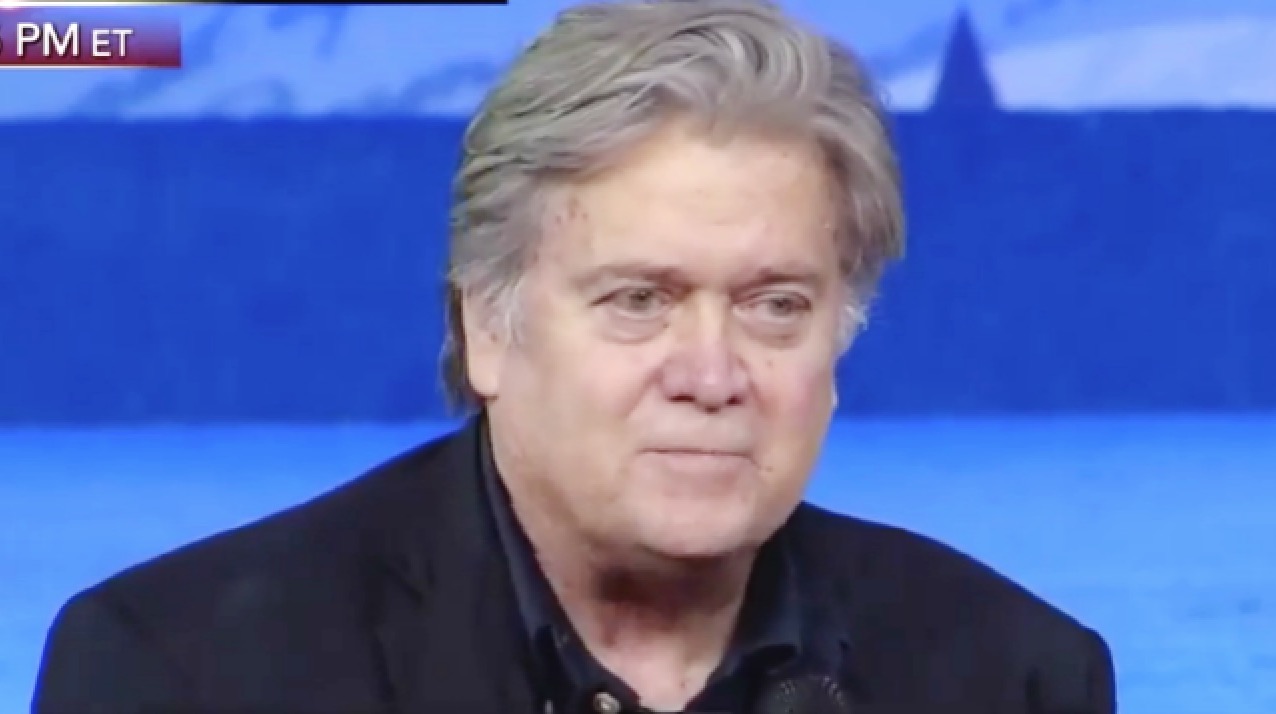 In an Atlantic report on the waning number of press briefings coming out of the White House, chief strategist Steve Bannon gave a wry answer to a question about why press secretary Sean Spicer now conducts his briefings off camera:

Neither Spicer nor deputy press secretary Sarah Sanders responded to queries about the changes to the briefings. Asked why the briefings are now routinely held off-camera, White House chief strategist Steve Bannon said in a text message “Sean got fatter,” and did not respond to a follow-up.

The Atlantic report comes in the wake of a White House that has progressively pared back the traditional press briefings, which under the current presidency have become a spectacle unlike previous administrations.

Spicer has struggled with the job of press secretary since President Donald Trump’s inauguration, and a number of flubs has fueled rumors of his removal from the briefing room podium or even firing.

On Monday, Spicer held an off-camera briefing, which led CNN’s Jim Acosta to note on his network that the press secretary has become “kind of useless.”

That comes as reports surfaced that Spicer may soon stop giving press briefings — he is seeking an elevated communications role in the White House, and is looking for a replacement, per Politico. The administration is also seeking a replacement for former communications director Mike Dubke, who resigned last month following a rough few weeks for the White House comms shop.

As the Atlantic report notes, on Monday night “the schedule for Tuesday went out to the press — with no briefing on the agenda at all.”