Steve Scalise Is Out Of Intensive Care At Washington Hospital

Steve Scalise Is Out Of Intensive Care At Washington Hospital 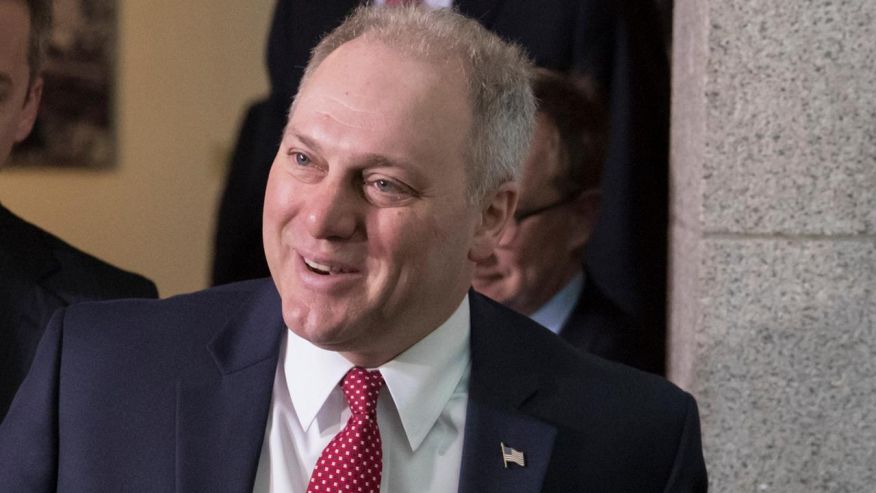 Rep. Steve Scalise, who was shot in the hip and critically injured during a congressional baseball practice last Wednesday, was transferred out of the intensive care unit at MedStar Washington Hospital on Friday, according to Fox News.

Scalise has been in critical condition all week following several surgeries.

The House Majority Whip and several other people were wounded Wednesday morning when a gunman opened fire on members of the Republican congressional baseball team as they were practicing on a field in Alexandria, Virginia.

The gunman, James T. Hodgkinson, was shot by police and later died of his wounds.

Scalise, 51, who represents Louisiana and is the third-ranking Republican in the House, was standing at second base when the shooting started. He was hit in the left hip but managed to drag himself into the outfield and was rushed to a Washington, D.C., hospital.

Scalise was in critical condition after suffering damage to internal organs and MedStar Washington Hospital Center provided this statement just following the shooting:

“Congressman Steve Scalise sustained a single rifle shot to the left hip. The bullet traveled across his pelvis, fracturing bones, injuring internal organs, and causing severe bleeding. He underwent immediate surgery, and an additional procedure to stop bleeding. He has received multiple units of blood transfusion. His condition is critical, and he will require additional operations. We will provide periodic updates.”