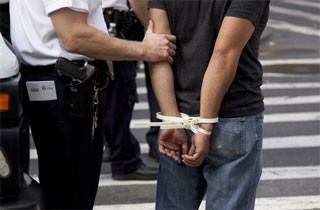 A large study of men racially profiled by the NYPD’s “stop-and-frisk” policy found that they were more likely to suffer from anxiety, post-traumatic stress disorder, and other psychiatric disorders, regardless of whether they were charged with a crime or not.

The study, published in the American Journal of Public Health, surveyed 1,261 men most likely to be stopped by the controversial policy: young men between the ages of 18 and 26, and predominantly African-American or Hispanic. “Although proactive policing practices target high-crime, disadvantaged neighborhoods … our findings suggest that young men stopped by the police face a parallel but hidden disadvantage: compromised mental health,” wrote the study’s co-authors.

As the AP describes the study:

Interviewers asked dozens of questions about encounters with police and the justice system. Participants were also asked questions related to anxiety and post-traumatic stress disorder. For example, they were asked whether they tried to remove the time they were stopped from memory, and whether they felt nervous or restless in the past week.

The analysis found anxiety symptoms were related to the number of times men were stopped and how they perceived the encounter, and more anxiety among participants who have had more intrusive encounters.

Since the controversial policy’s implementation, more than 5 million stop-and-frisks have been administered, and a federal judge recently ordered the NYPD to revise its policy, saying that it unfairly targeted minorities. The NYPD did not comment on the study.