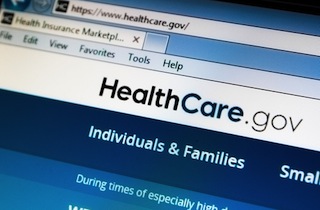 A major new study from the RAND Corporation released Tuesday estimated almost 10 million people have obtained insurance since the implementation of the Affordable Care Act, a number that does not include the late-March surge in enrollment.

The study followed over 2,600 respondents* from September 2013 to March 2014 and tracked their changes in insurance status, allowing RAND to see who gained and who lost insurance.

“We see that of the 40.7 million who were uninsured in 2013,” RAND reported, “14.5 million gained coverage, but 5.2 million lost coverage, for a net gain in coverage of approximately 9.3 million. This represents a drop in the uninsured rate from 20.5 percent to 15.8 percent.” (NB: That number is consistent with Gallup’s polling.)

RELATED: Conservatives Are Quietly Giving Up on Repealing Obamacare

Much of the gain had occurred through employee-sponsored insurance, which RAND attributed to both increased employment and the ACA’s incentives for employer-based insurance. This was followed by about 6 million in Medicaid, and 4 million through the exchanges — that last a lower number than the government’s reported total, though the study did not catch the last minute enrollment surge. About 1/3 of exchange enrollees were previously uninsured, a higher figure than that found by McKinley & Company, the most widely (indeed, only) previously cited source.

The study also reported that about 1 million people went from being insured to uninsured in the same period, a much lower figure than that cited by the law’s opponents. “While we cannot tell if these people lost their insurance due to cancellation or because they simply felt the cost was too high,” the study’s authors wrote, “the overall number is very small, representing less than 1 percent of people between the ages of 18 and 64.”

* Caveat: the study extrapolated from sampling, which is inherently imperfect. RAND reported a 95% confidence interval, so take that as you will.