Surprise! Google Searches for ‘Is My Husband Gay?’ More Common in ‘Intolerant’ States

Surprise! Google Searches for ‘Is My Husband Gay?’ More Common in ‘Intolerant’ States 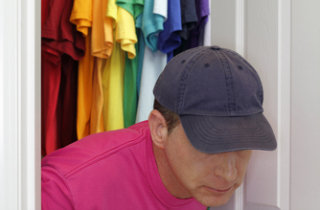 Stephens-Davidowitz observed that traditional statistics show there are fewer gay men living in states less tolerant of homosexuality. “There is no evidence that gay men would be less likely to be born in these states,” he noted before suggesting his own findings in estimating the actual homosexual population.

Among those nuggets [emphasis added]:

Additional evidence that suggests that many gay men in intolerant states are deeply in the closet comes from a surprising source: the Google searches of married women. It turns out that wives suspect their husbands of being gay rather frequently. In the United States, of all Google searches that begin “Is my husband…,” the most common word to follow is “gay.” “Gay” is 10 percent more common in such searches than the second-place word, “cheating.” It is 8 times more common than “an alcoholic” and 10 times more common than “depressed.”

Searches questioning a husband’s sexuality are far more common in the least tolerant states. The states with the highest percentage of women asking this question are South Carolina and Louisiana. In fact, in 21 of the 25 states where this question is most frequently asked, support for gay marriage is lower than the national average.

In addition to the Google searches, Stephens-Davidowitz claimed that analysis of Craigslist “casual encounters” ads provides even more insight. “The percentage of these ads that are seeking casual encounters with men tends to be larger in less tolerant states,” he wrote. “Among the states with the highest percentages are Kentucky, Louisiana and Alabama.”

“There is, in other words, a huge amount of secret suffering in the United States that can be directly attributed to intolerance of homosexuality,” he concluded.