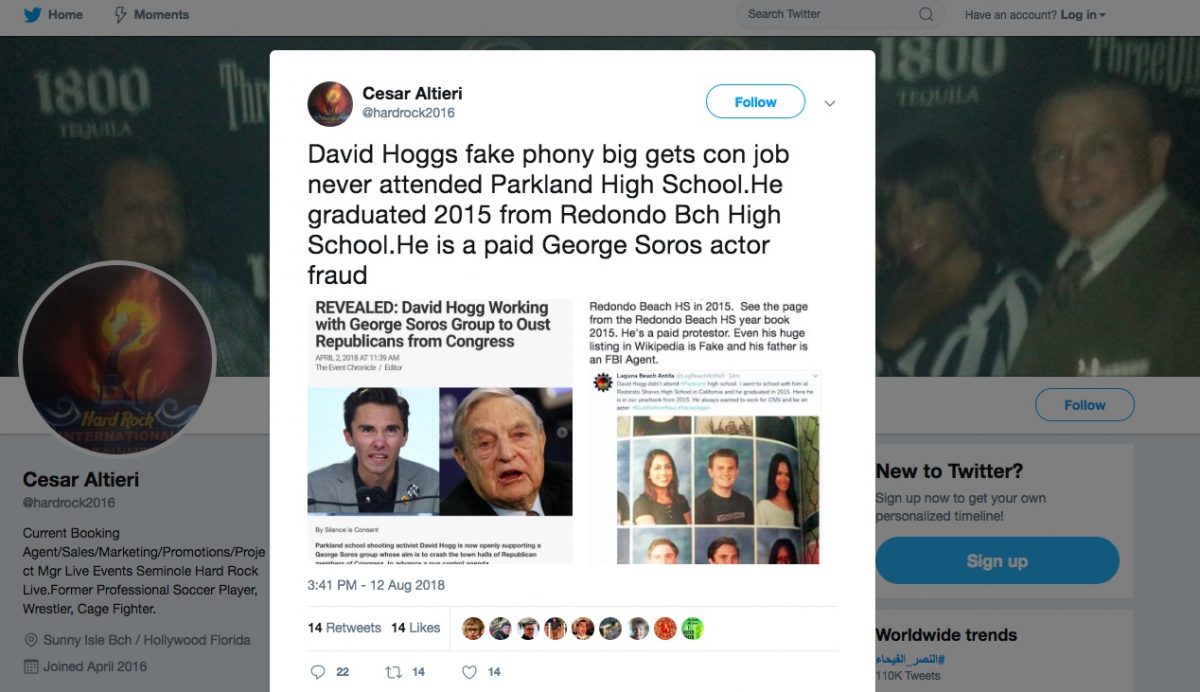 The discovery of what appears to be his disturbing Twitter pages — @hardrock2016 and @hardrockintlent — came after Sayoc, 56, was arrested in Florida today on the suspicion that he was involved in shipping devices that appear to be bombs to prominent liberal figures, like Barack Obama, Hillary Clinton, and George Soros.

His accounts also include photos of Sayoc attending the president’s rallies and hundreds of passionately pro-Trump and anti-liberal memes, which he also plastered on his now-Internet famous van.

Sayoc frequently went after his liberal bombing targets on the site, sending them death threats, disturbing bloody images, and calling for their imprisonment. 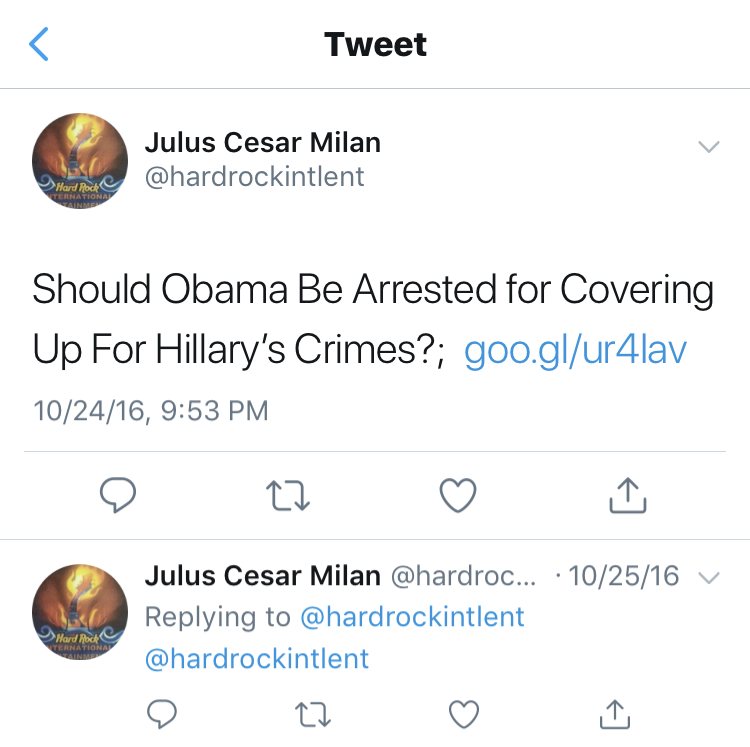 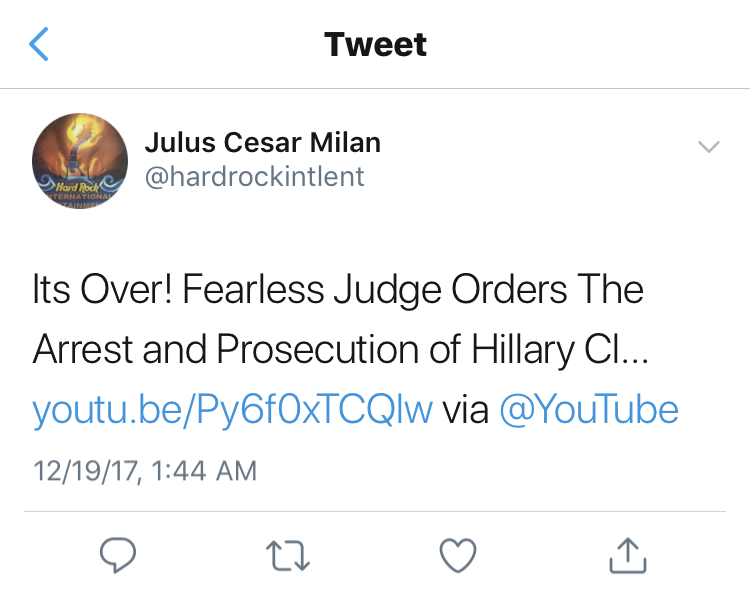 In one 2016 post that was deleted off Sayoc’s pages in the hours after his arrest, the suspect vowed to help Russian President Vladimir Putin kill or kidnap Soros. 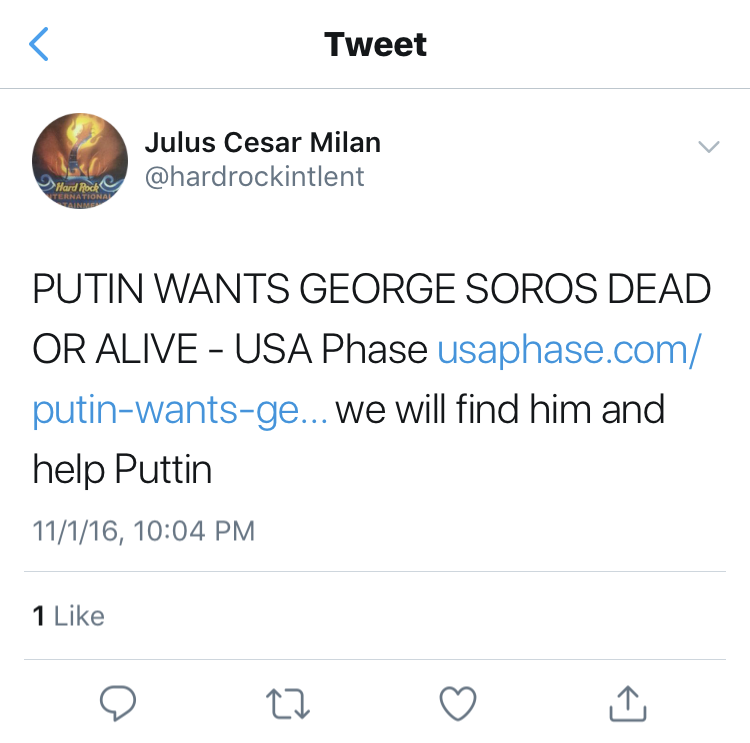 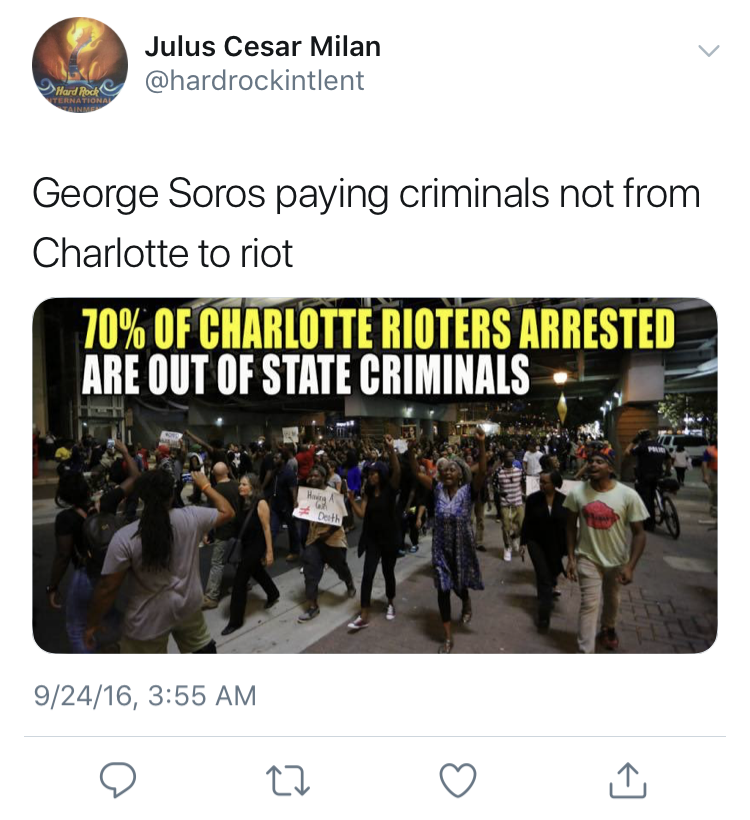 The Daily Beast also reported that Sayoc said that Soros “will vanish” in another tweet, which was sent before a bomb was shipped to the liberal billionaire.

Their report also noted Sayoc’s Parkland, Florida mass shooting conspiracies, which he also believes was a set up planned and paid for by Soros.

In perhaps one of his most disturbing posts, Sayoc tweeted a picture of a blood-covered goat and sheep to Democrat Senator Chuck Schumer, along with an image of a skeleton dressed as a Medieval knight which featured the word “DEATH” scrawled across the bottom.

Per The Daily Beast, he sent another image of a decapitated goat’s head actor Jim Carrey, who has made headlines for opposing Trump.

Sayoc used the same “you will just vanish” threats when tweeting about CNN, another one of his shipping victims.

Hey CNN all BS con job fraud puppets media blocked,Banned,Barred from all of our properties feel lucky make our day . You will just vanish pic.twitter.com/BOTOk59Rfs

One of the most publicized posts on his pages is a video of Sayoc himself attending a Trump rally and chanting the presidents name — a tweet that some critics have used to link Trump to the bomb threats.