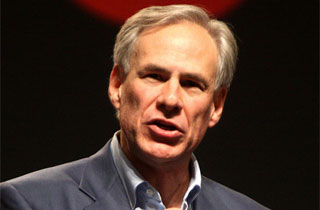 Greg Abbott, the attorney general of Texas and current GOP candidate for governor, argued against a recent ruling striking down same-sex marriage bans in Texas, claiming this: same-sex marriage must be banned in order to ensure the survival of humanity (via babymaking).

In an amicus brief filed to the Fifth Circuit of Appeals, Abbot argued that same-sex marriage, legalized by a district judge who overturned a ban against it in February, would be detrimental to “the State’s interest in encouraging couples to produce new offspring, which are needed to ensure economic growth and the survival of the human race.”

“Because opposite-sex relationships are the only union that is biologically capable of producing offspring, it is rational to believe that opposite-sex marriages will generate new offspring to a greater extent than same-sex marriages will,” he added, according to My San Antonio. “It is therefore rational for the State to subsidize opposite-sex marriages, which tend to produce benefits for society by generating new off-spring, while withholding these subsidies from same-sex relationships, which are far less likely to provide this particular societal benefit.”

He also argued that same-sex marriages will encourage children born out of wedlock. Wait, what? “By channeling procreative heterosexual intercourse into marriage, Texas’s marriage laws reduce unplanned out-of-wedlock births and the costs that those births impose on society. Recognizing same-sex marriage does not advance this interest because same-sex unions do not result in pregnancy.”

These are both legitimate state interests, and Abbott does concede that there are perhaps benefits to same-sex marriage, such as encouraging adoptions or raising household wealth. That said, he wanted the legislature, not the courts, to decide what kind of marriage best serves the interests of the state of Texas. And until then, he will argue that Texas’s best interests lie in men and women gettin’ it on, pumpin’ out babies, and preventing an apocalyptic future that will degrade and ultimately destroy society if same-sex marriage happens.