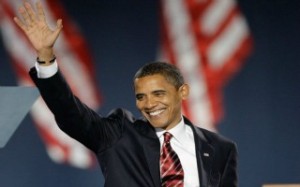 As is the case every four years, many people are very unhappy about the presidential election. But some a bit more than others. In a newsletter, Peter Morrison, treasurer of the Hardin County Republican Party in Texas, decried those who re-elected President Barack Obama — and noted that an “amicable divorce” from the other states is an option.

“We must contest every single inch of ground and delay the baby-murdering, tax-raising socialists at every opportunity,” Morrison wrote. “But in due time, the maggots will have eaten every morsel of flesh off of the rotting corpse of the Republic, and therein lies our opportunity.”

He continued, noting that Texas was once its own country and now the state has the opportunity to “lead the way.” Per the Texas Observer:

“They” re-elected Obama last night. He is their President. And we must admit to ourselves at some point, it is now their country. Just as Scotland is currently contemplating her own independence from Great Britain, it is time for the more conservative constituent parts of this country to consider whether this sacred union is really quite so sacred anymore.
[…]
In this respect, Texas can lead the way. Texas was once its own country, and many Texans already think in nationalist terms about their state. We need to do everything possible to encourage a long-term shift in thinking on this issue. Why should Vermont and Texas live under the same government? Let each go her own way in peace, sign a free trade agreement among the states and we can avoid this gut-wrenching spectacle every four years.

Morrison also addressed the topic of race, remarking that “many members of minority groups are simply racist against the party that most white people happen to vote for.”

The Star-Telegram’s Bud Kennedy asked Kent Batman, chairman of the Hardin County Republican Party, if the rest of his party supports secession.

“Wow,” Batman replied. “OK, well — I guess I need to start taking a look at his newsletters.”