Hollywood Paints It Black: The 2009 Black List is Released

Hollywood Paints It Black: The 2009 Black List is Released 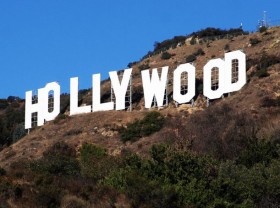 Today is a hotly anticipated day inside Hollywood – the release of the annual Black List. You may be asking yourself the following questions: 1) What is the Black List, 2) Why should I care? and 3) Isn’t McCarthyism dead? Well to start backwards, the answer to #3 is I sure hope so, though I have my fears. But let’s get to the answers to #1 and #2. Rest assured that, as opposed to being on McCarthy’s Black List, to be on the 2009 Black List is a very good thing, and potentially a very lucrative honor.

Since 2004, Universal Studios film executive Franklin Leonard has been compiling a list of the top 100 unproduced screenplays of the year. He named this list the “Black List”. The list is compiled the good old fashioned way in Hollywood – by lots of insiders (executives, financiers, agents, assistants, you name it). Leonard first solicits these exclusive insiders for their top screenplay choices and then compiles the results in one hotly anticipated list. In most cases, if a screenplay cracks the top 10, all the big players in town have already fought over the rights to it and a film based thereon is usually in active development (for example, see this year’s #2 Black List choice “The Social Network” written by Aaron Sorkin – yes, he of “The West Wing” and “A Few Good Men” fame – this is the famous “how Mark Zuckerberg started Facebook” movie, and the film starring Jesse Eisenberg and Justin Timberlake will be a high-profile release by Sony Pictures in 2010).

But the number of screenplays on the list that are already greenlit pictures in production is very low. The true value of the list is that it shines a light on a lot of great not-yet-produced work out there, and if a screenplay does appear on this list, there is a very good shot it will actually get made. (According to the LA Times, 40% of the screenplays on the 2005 Black List were turned into features, and about 30% of those on the 2006 list had the same good fortune – and there are still a number of screenplays from the 2005 and 2006 Black Lists in active development so those percentages should only continue to rise). Some of the more well known films that started out as Black List honorees include “Little Miss Sunshine”, “Juno”, “There Will Be Blood”, and “Hancock”. In fact, Diablo Cody, writer of “Juno”, was pretty much catapulted to the big leagues thanks to “Juno” appearing #2 on the 2006 Black List.

This year’s list looks like it has a TON of potential. I’m very intrigued by the #1 choice “The Muppet Man” written by Christopher Weekes, which is a biopic based on the late, great Jim Henson, and apparently includes some very surreal sequences with the muppets. How can you beat that?

I’ve actually read the #5 choice “Cedar Rapids” by Phil Johnston about a naive small-town Wisconsin guy who takes the place of his deceased mentor and represents his company at a regional insurance conference held in the big city (in this case, the thriving metropolis of Cedar Rapids, Iowa, and hence the name of the film). Based on that one sentence description you’d probably think this is going to be one depressing movie. Well, to give you an idea of the tone of the movie which is already in production for a 2010 release, Ed Helms (of “The Hangover” and “The Office” fame) has been cast perfectly in the lead role. So needless to say the film will have a LOT of laughs and a bit of heart to go with it. Further cementing this film as a must see 2010 release is the fact that the duo of Alexander Payne and Jim Taylor who together produced “Sideways” are also producing “Cedar Rapids”.

Click the link above to see Nikki Finke’s coverage of this year’s entire Black List and let me know which ones you are dying to see come to a theater near you. Share your thoughts with me on Twitter @smarthollywood, and via email at [email protected].