The 375 Worst Actors and Directors of the Past Decade 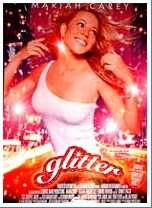 Rotten Tomatoes has unveiled what it deems its Worst of the Worst, those movies of the past decade that received the worst reviews.

Not surprisingly, Ballistic: Ecks vs. Sever was the number one worst movie, with a grand total of 0% good reviews. The cast was promising: – Antonio Banderas, Lucy Liu – so why so bad? Do you really want to see it to find out? That goes pretty much for all the movies on the list — from Glitter to Swept Away to The Hottie And The Nottie.

Which prompted a natural follow-up question: what directors and actors had the worst results on Rotten Tomatoes from 2000-2009? Thanks to computers, we have the answer.

First, the methodology. Each person (actor or director) was given a number of points that corresponded to how badly the movie did. The 100th worst movie earned a participant 1 point – Ecks vs. Sever earned 100. Directors, however, deserve special blame for resultant crappiness, so they were given a 50% mark-up on their scores.

Which leads us to our list: the 375 Worst Actors and Directors of the Past Decade. (To be fair, most of these people were in one moderately bad movie, but that title is so catchy, we’re sticking with it.)

Here are the top ten:

Number 1 is no surprise Aaron Seltzer, who, along with #3 Jason Friedberg, makes the insipid Movie movies which are designed to cost a minimal amount and make up for it by fooling enough teenagers into coming that they end up being profitable (Seltzer did Date Movie without Fraiberg, which accounts for his exalted status). Likewise #2 – Uwe Boll. Somehow, a director who makes deliberately terrible movies is still given money to do so.

As for number 4 – Roberto Benigni‘s role as actor and director of the terrible Pinnochio did double damage. Is it fair to ding him twice for it? Yes.

Anyway, here’s the full list, as a sortable Google Doc. Points are calculated as above; “dings” are counted each time the person was in or directed a movie, regardless of rank. What do Ben Affleck, Jennifer Lopez, Dianne Weist, Scott Baio, Kal Penn, Brent Spiner, Jessica Alba, Bradley Cooper, Kate Beckinsale, Charlotte Rampling, Steve Martin and DJ Pooh all have in common? They’re aaaaaall in here. Enjoy.