The Atlantic Takes Heat For Offering Not To Pay A Journalist

The Atlantic Takes Heat For Offering Not To Pay A Journalist 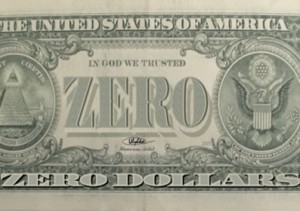 For several years now, the new media landscape has presented many serious challenges to professional journalists trying to make a living, among them the popularity of the unpaid contributor model popularized by sites like The Huffington Post. Earlier this week, journalist Nate Thayer launched a mini-crusade against that model by publishing emails in which an editor for The Atlantic generously offered to publish some of his work for free. That touched off a blizzard of anger at The Atlantic, and a particularly pointed back-and-forth between Atlantic editor Alexis Madrigal and Wonkette’s Kris E. Benson.

The whole thing started when Atlantic Global Editor Olga Khazan contacted Thayer about “repurposing” one of his articles for the magazine’s website. Several emails and one phone call later, Khazan dropped the freebie shoe:

We unfortunately can’t pay you for it, but we do reach 13 million readers a month. I understand if that’s not a workable arrangement for you, I just wanted to see if you were interested.

Thayer wasn’t having any of that. Here’s just a little bit of his response, which you should read in full here:

I am a professional journalist who has made my living by writing for 25 years and am not in the habit of giving my services for free to for profit media outlets so they can make money by using my work and efforts by removing my ability to pay my bills and feed my children. I know several people who write for the Atlantic who of course get paid. I appreciate your interest, but, while I respect the Atlantic, and have several friends who write for it, I have bills to pay and cannot expect to do so by giving my work away for free to a for profit company so they can make money off of my efforts.

Thayer and Khazan went back and forth a few more times, and along the way, Khazan revealed that “our rate even for original, reported stories is $100.”

Thayer repeatedly insisted that he wasn’t offended, before publishing the entire exchange on his blog, and expressing his lack of offense to New York Magazine‘s Daily Intelligencer blog thusly:

“I was under the assumption that such practices were abolished when the [13th] amendment to the Constitution was ratified,” he said. “I don’t need the exposure. What I need is to pay my fucking rent. Exposure doesn’t feed my fucking children. Fuck that!” he continued, adding that he can’t even afford to get online. “I actually stick my fucking computer out the window to use the neighbor’s Internet connection. I simply can’t make a fucking living.”

The Atlantic made several attempts at damage control, patiently explaining the vagaries of the unpaid contributor model, and how the internet sucks. Online journalists like Wonkette’s Kris E. Benson continued to work The Atlantic over for trying to get the milk for free:

Alternatively, if it DOES make money, where is the money going? Your Wonkette even gets paid some money — not a lot*, frankly, but Wonkette does not get 13,000,000 uniques per month, so it’s all relative! Are these ads on the Atlantic site just…not paying? Is this a form of charity? No. It is not.

Those who would begrudge Thayer his non-offense might see his reaction as a naive response to a fact of life about modern journalism. Despite Wonkette’s angst, there is a marginal usefulness to the unpaid contributor model, under the right circumstances. Cross-posting your work, from the site that pays you to another site with a different audience, can provide useful exposure that enhances what you’re getting paid for. As The Atlantic repeatedly points out, no one is forced to participate in an arrangement that’s not beneficial to them.  What’s the harm in asking?

Here’s a pro tip, though: if you’re going to pitch a professional writer on writing something for free, you want to get that “for free” part out of the way first. Being asked to work for free is mildly insulting on its own, but sitting through several emails and phone calls worth of foreplay first is egregious. “Hey, I love your work! Here’s a job for you! Bee-tee-dubs, I’m not going to pay you!”

Justifiable offense aside, however, Thayer didn’t do himself any favors by publishing Khazan’s emails in full. While not a to-the-letter violation of off-the-record protocol, business emails like that are generally understood to be not for publication, and Khazan doesn’t appear to have given permission. This isn’t just a transparency issue; imagine if every journalist who was looking for work had to wonder if their solicitations were going to be published? It’s a privilege that protects in both directions.

Even if you’re on Thayer’s side in spirit, that kind of breach doesn’t exactly engender confidence in prospective future employers, and could have easily been mitigated with a skillful redaction or two.

Having said that, I agree with Thayer and Benson that, with rare exceptions (cross-posting, issue advocacy), writing for free is no way to make a living, and no way to show respect for the profession. I’ve advised many a fellow scribe never to do it, because, as Mayhill Fowler found out, once you’re in the freebie box, you’re never getting out.

From the websites’ perspective, of course, the unpaid contributor model makes sense, if there are suckers willing to fall for it. For every huge story like Fowler’s infamous “bitter clingers” tape, there are heaps of garbage that never go anywhere, but it’s all free, so it’s all good. Whatever you think of The Atlantic‘s treatment of Nate Thayer, it is the suckers who work for free that really screw it all up for the rest of us. Try getting a carpenter to work for “exposure,” or a doctor to heal you in exchange for a wider audience. The new media world has provided many good writers with a ladder into the profession of writing, but if you’re not getting paid, it ain’t a profession. It’s a hobby that professionals pay for, and that you suck at.