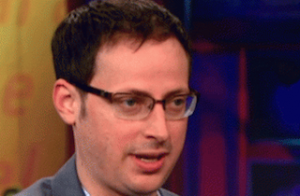 Now that the election is over, The New York Times‘ polling expert Nate Silver has a little more time on his hands. So today, he took to Reddit for an “Ask Me Anything” session that covered everything from his 2012 election analysis, the science of polling, sports and more. Below are some highlights from the answers he provided to eager redditors.

Silver got into the technical nitty-gritty of everything he does on the FiveThirtyEight blog, addressing readers’ desires for him to make his methodology open source. He even acknowledged that he sometimes falls prey to the lures of punditry he so often dismisses.

“I’d certainly like to aim to increase the level of disclosure at 538 going forward. Sometimes what happens is that I have best intentions to write a super detailed, 5000-word methodology post, and then some senate candidate does or says something stupid, and I get caught up in the news cycle and it gets forgotten about. Which is a pretty lame excuse, I know.”

Responding to a questions about the presumed misconception that he is a “wizard,” Silver pointed out that not all complex systems allow for reliable predictions.

“More often than not, people overrate the reliability of predictions in systems with a lot of complexity. There are certainly exceptions, and presidential elections are almost certainly one of them, but it’s a bit weird/ironic that I’m known for one of the exceptional cases.”

Regarding the future of FiveThirtyEight in a non-election year, Silver explained what he sees as his statistical outlook’s strengths and weaknesses.

“After the 2008 election, it became sort of a quantitatively-flavored politics blog, and I think that was something of a mistake. Some things, like cabinet nominations, really do requite careful reporting, and statistical analysis will provide a dollop of color commentary at best. On other days, the lead political story is just gossipy and stupid and isn’t really newsworthy at all… The ambition is to expand 538 “horizontally” across topics, based on HOW we cover the news, rather than into the politics vertical, if that makes sense.”

There was a desire among some redditors for Silver to use his statistical prowess to address gun control, but he was hesitant to delve into the issue.

“It’s a tricky problem, statistically. The issue is that while gun ownership rates could plausibly be a cause of fatal crimes and accidents, it can also be a reaction to it, i.e. people purchase guns because they feel unsafe. I’m not saying that the issue is intrinsically inscrutable. But it’s something that more requires a PhD-thesis-level treatment than a blog post to really add much insight, I think.”

As for the chance of a third-party candidate getting elected in 2016, Silver said there may be a higher chance than usual, but it’s still a long-shot.

“Historically, periods of greater polarization are associated with better performance for third-party candidates, so the chances of a successful independent campaign are probably higher than average. However, that still might mean there’s 3 or 5 percent chance of an independent candidate winning the 2016 election as opposed to a 1 or 2 percent chance. You might need a perfect storm where (i) Obama is perceived as really having screwed up and (ii) the Republicans nominate someone terrible and (iii) someone VERY talented runs and takes his campaign very seriously and (iv) then gets a few breaks in the Electoral College, etc. None of those individual steps are impossible, but the odds against the parlay are pretty long.”

Since Silver’s background is in sports but he’s become known for politics, one questioner wanted to know which is “more frustrating to analyze?”

“Politics. I don’t think its close. Between the pundits and the partisans, you’re dealing with a lot of very delusional people. And sports provides for much more frequent reality checks. In politics, you can go on being delusional for years at a time.”

And regarding his sudden fame, Silver wrote, “When I was in Mexico last week, I got recognized at the top of the Sun Pyramid at Teotihuacan, which I’m pretty sure really is a sign of the Apocalypse.”