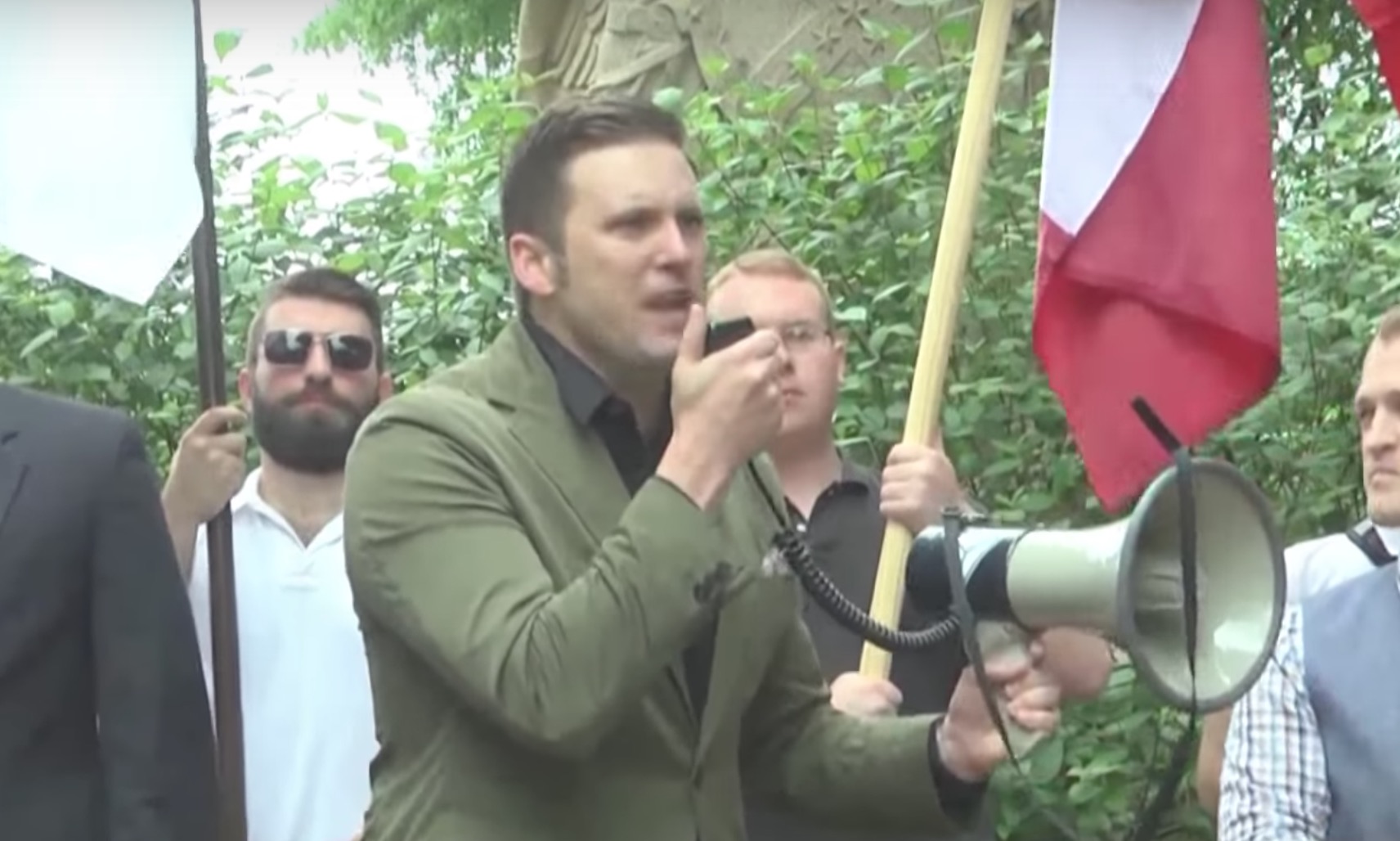 An ominous set of torch-carrying protestors led by proud nationalist and noted fashion icon Richard Spencer took to Charlottesville, VA on the night of May 14 to protest plans to remove several Confederate monuments around the city.

Thanks to some enterprising reporting by ProPublica’s A.C. Thompson, we now know that the Daily Caller story “carried some critical omissions”:

It didn’t disclose that its author, Jason Kessler, is supportive of white supremacist groups, and on the day of the march had himself made a speech to the protesters in which he praised fascist and racist organizations, thanked a prominent Holocaust denier, and declared the beginnings of a cultural “civil war.”

ProPublica interviewed Kessler after seeing the article, who echoed arguments often heard from Spencer and other white nationalists: “Kessler said he saw efforts to remove symbols of the Confederacy as part of a broader attack on white people who, in his view, face an ‘existential crisis.'”

“White people are rapidly becoming a minority in the U.S. and Europe,” he said, adding that he resented the country having to take in immigrants and refugees. “If we’re not able to advocate for ourselves we may go extinct.”

After ProPublica’s Thompson contacted The Daily Caller, the website added the following editor’s note: “The author notified The Daily Caller after publication that he spoke at a luncheon May 14 on behalf of an effort to preserve the monument.”

Daily Caller Executive Editor Paul Conner said that while the story was factually accurate, the website had severed ties with Kessler “in light of his activism on the issue.”