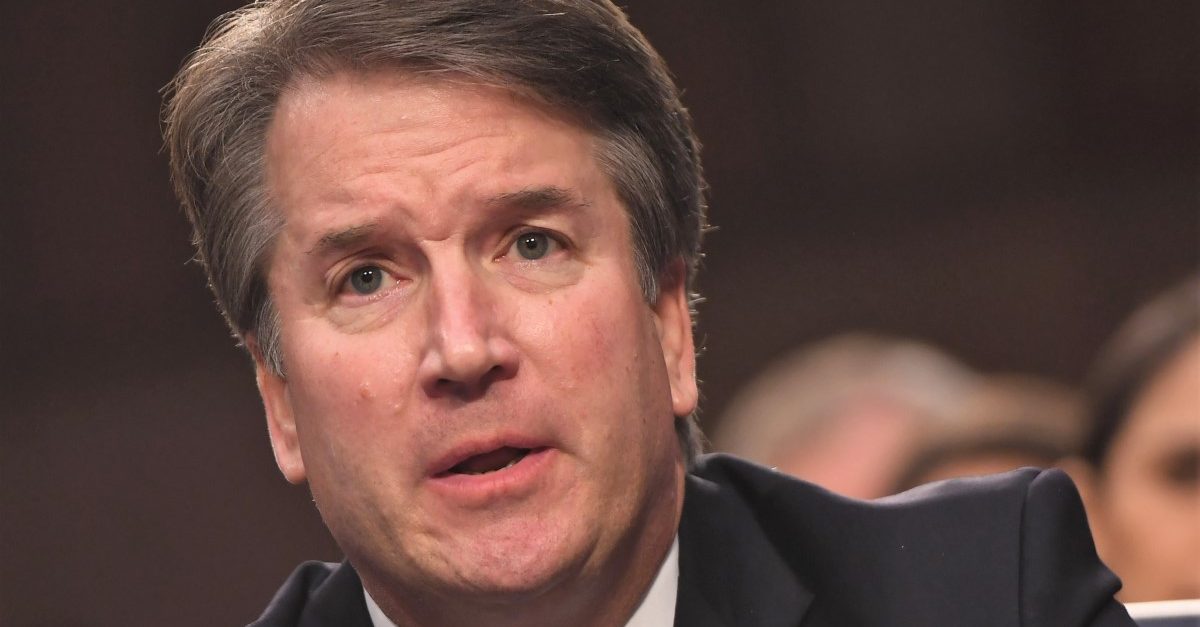 Multiple reporters say that the FBI just finished the first part of a multi-stage interview with Mark Judge as part of their investigation into Brett Kavanaugh.

Just in: Mark Judge has been interviewed by the FBI his lawyer says. But his interview is not completed. Also confirmed PJ Symth + Leland Keyser have been interviewed. We learned Ramirez was over the weekend. That's at least four.

NEW: A senior US official tells me Kavanaugh's high school friend Mark Judge has been interviewed by the FBI.

BREAKING: Lawyer for Kavanaugh friend Mark Judge says Judge has been interviewed by FBI "but his interview has not been completed."

As a longtime friend of Kavanaugh, Judge is frequently considered a major person of interest with regard to the aspiring Supreme Court justice’s alleged sexual misconduct. When Christine Blasey Ford testified before Congress last week, she claimed that Kavanaugh drunkenly tried to sexually assault her at a party while Judge looked on and laughed.

In the last few days, Judge’s name came up among the other women who’ve accused Kavanaugh of sexual misconduct. Judge has denied the charges against him and has said that he will cooperate with the authorities looking into Kavanaugh’s supposed misconduct.