The Free Speech Question: How Governments Are Reacting To Innocence of Muslims 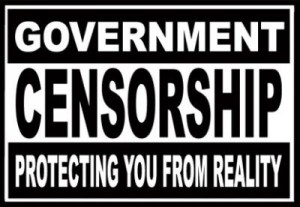 It takes a special kind of art to arouse intense emotions in people. Innocence of Muslims, the controversial, offensive, and badly-produced anti-Islamic film, has spurred Muslims all over the world to protest. YouTube has already resolved to keep the video up despite pressure from a number of governments to do so, but the way these governments are reacting could have damaging consequences for freedom of expression.

It is not clear just how much of the violence is in reaction to the movie, but the leader of Hezbollah warned yesterday that if the full film is ever released, there would be “very grave consequences around the world.”

Currently, the movie is banned in the Maldives and the United Arab Emirates, and the outrage in Germany has even reached Chancellor Angela Merkel, who said the government is currently considering taking measures to ban the movie. A number of countries have completely blocked off access to YouTube, including Pakistan, Afghanistan, Saudi Arabia, and Bangladesh. The prime minister of Pakistan announced that YouTube would be permanently blocked in the country until Innocence of Muslims is taken down. And another country is considering doing the same. Which corrupt, oppressive haven is taking such steps? Russia. RT lays out why the Russian government is seriously considering a blanket ban on YouTube.

The minister tweeted that the ban could come into force as early as November 3-5 as a new law on protecting children from dangerous information comes into force.

In fact, one member of the Russian government went so far as to compare Innocence of Muslims to child pornography, because the feelings of Muslims “are [being] insulted in the same manner.” And the opposition leader in Bangladesh is calling on the United States to ban the film and punish its creators. There is currently a petition on Change.org to get the film banned everywhere that has, of this post, collected over 33,000 signatures.

So is there any legal merit to the United States taking action to ban the film or is this just plain censorship? Sarah Chayes at the L.A. Times argues that Innocence of Muslims goes beyond the limits of free speech, citing the “clear and present danger test” established by the Supreme Court under Oliver Wendell Holmes.

While many 1st Amendment scholars defend the right of the filmmakers to produce this film, arguing that the ensuing violence was not sufficiently imminent, I spoke to several experts who said the trailer may well fall outside constitutional guarantees of free speech. “Based on my understanding of the events,” 1st Amendment authority Anthony Lewis said in an interview Thursday, “I think this meets the imminence standard.”

Finally, much 1st Amendment jurisprudence concerns speech explicitly advocating violence, such as calls to resist arrest, or videos explaining bomb-making techniques. But words don’t have to urge people to commit violence in order to be subject to limits, says Lewis. “If the result is violence, and that violence was intended, then it meets the standard.”

But legally speaking, how do you prove that violence was intended? It’s obviously a very provocative film. The fact that the original script never once referred to Mohammed and the filmmakers dubbed all such references in post-production shows they deliberately wanted to provoke with their film, but that does not necessarily mean they intended to cause violence. And so long as that continues to be the case, there should be no reason for this film to be censored or taken down.