The Jenny McCarthyism of Vaccines

The Jenny McCarthyism of Vaccines 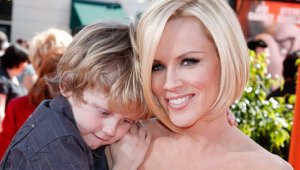 What happens when you mix a few wary parents with a fraudulent study and throw in a celebrity? You get a witch hunt.

My twitter feed blew up over the news that the study linking the MMR vaccine to autism had been declared an “elaborate fraud.” The study had actually been retracted a while back, but this makes it official. There have always been parents wary of vaccines, but this study is the one that started the ball rolling. Jenny McCarthy helped it grow into a giant snowball of panic. You know, Jenny McCarthy; former Playboy model, D-list actress and ex-girlfriend of Jim Carrey. She wasn’t in it alone. Oprah helped her spread the word. So did Larry King Live and The View. She was even on The Doctors, discussing the “debate” with doctors. She was a regular on our trusted TV shows; that is, after all, where you go when you have a book to promote.

I’m actually not trying to pound on Ms. McCarthy, because I’m pretty certain she has the purest of motivations. I believe she’s a victim of the misinformation as much as anyone. When something is wrong with your child you want it fixed and you’ll do anything to make it happen. When there is a “cure” you’ll preach it to the masses. Mothers on a mission are a very determined bunch. But, Jenny McCarthy put herself in the forefront of the anti-vaccination movement, and now she’s got an even bigger bulls eye on her. The “I told you so” contingent are taking aim. There are some sites that hold her personally accountable for vaccine-preventable deaths. For those who like to keep track of such stats, there’s the Jenny McCarthy Body Count. 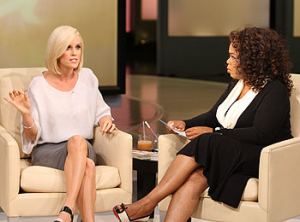 We can’t blame it all on Jenny McCarthy, though. Both sides of the issue have had their say, often without science as the arbiter. It’s an incredibly emotional issue ruled by fear. Fear of what will happen if parents don’t vaccinate and fear of what could happen if they do. The Autism issue has been clouded by not enough people knowing, simply, not enough. In a stroke of interesting timing, Seth Mnookin’s upcoming book, “The Panic Virus” asks the question “Who decides which facts are true?”  It’s a compelling look at how conspiracy theories can take hold.

Celebrity activism can be a great gift. Look at George Clooney’s work on behalf of Darfur or Brad Pitt building sustainable homes in New Orleans. Oprah happens to be the most philanthropic celebrity (and wouldn’t you know Tiger Woods is up there as well – not counting the hefty donation he just made to his ex wife). Celebrities have the loudest voices when it comes to activism, and it is monumentally helpful for the causes they support – but what happens when the loudest voice is also the wrongest? That’s when things get complicated.

I personally don’t think officially calling Andrew Wakefield’s study fraudulent is going to change much in the anti-vax community. Many already think governments are suppressing the truth in an elaborate conspiracy, so this will only feed into that. The monster is out of its cage, and it’s going to be very difficult to put it back in. Celebrities- right and, alas, wrong – will continue to preach and there will always be those who will listen. Especially if Oprah gives them a platform.

Lori lives in the greater Cincinnati area. She’s a stay-at-home mom of two girls while her husband works to pay off her two college degrees. When not changing diapers or sorting coupons she can be found tweeting as @LoriNKY or blogging at Mish Mash Momma.

Photo of Jenny McCarthy via DoSomething.org and Bitten & Bound.