The Jinx Filmmakers Break Silence 3 Months After Canceling All Interviews 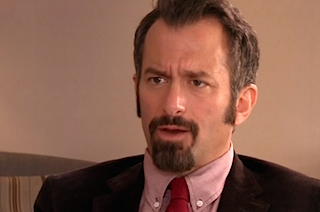 Following the shocking season finale of HBO’s documentary series The Jinx in March, director Andrew Jarecki was all of a sudden in high demand when it came to media interviews. When the subject of the series, billionaire murder suspect Robert Durst, was arrested after admitting he (spoiler alert!) “killed them all, of course” in the show’s final moments, Jarecki made a handful of media appearances, including one on Good Morning America.

But then he abruptly canceled all subsequent appearances and interviews with everyone from the Tonight Show’s Jimmy Fallon to MSNBC’s Chris Hayes. At the time, Jarecki and his producing partner Marc Smerling released a statement saying that since they were likely to be called as witnesses in the case against Durst, they felt it was “not appropriate” to “comment further on these pending matters.”

Close to three months later, with Durst still in custody in Louisiana and pending trial, Jarecki and Smerling have broken that silence in a new interview with Variety. And Jarecki in particular appears more certain than ever that Durst is guilty of murder.

Jarecki characterized Durst as “somebody who’s not indicted for a series of crimes they did commit.” He described watching the final episode with the family of Kathie Durst, who disappeared decades ago and was believed to have been killed by her husband Robert. “For the first time they got to see the person who killed their dearest relative admit it. And be caught,” he remarked.

Asked by Variety’s Debra Birnbaum if the filmmakers knew when they started the project how big of a story it would become, Jarecki said he knew it was “going to be an interesting story” and could turn into “something really significant.”

But Smerling admitted, “We didn’t really know what we were getting into.” He added, “But ultimately the interview was such a revelation and it was so in-depth that we had to go there. We just kept going with it and going with it and then we started doing our own investigation and the rest is history.”

Given the success of their first television project, it is not surprising that they want to continue working in that medium. While they can’t conjure another Jinx out of thin air, Smerling said, “I do think we’ve caught the television bug. It’s a great format for us.”

In court filings last week, Durst’s attorneys argued that Durst’s arrest was directly tied to the ending of The Jinx, and not to new evidence regarding the 2000 murder of his friend Susan Berman, as authorities have claimed. “They were hurriedly planning to arrest Durst before the final episode. They were crafting a dramatic moment of their own,” the brief read.

At this point, it is not clear why Jarecki and Smerling have changed their minds about speaking out on the documentary series and its ramifications for Durst with his murder trial still pending in Los Angeles.

Watch the final scene of The Jinx below, via HBO: