The Liberal Effort to Name, Shame, and Silence Conservative Donors

The Liberal Effort to Name, Shame, and Silence Conservative Donors 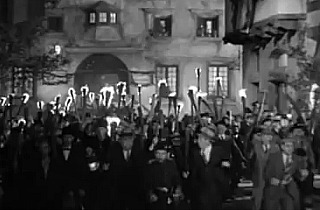 Just over four years ago, the Supreme Court handed down their decision in Citizens United and opened the door to allowing outside groups to spend on political causes. Democrats were beside themselves. The decision even moved President Barack Obama to scold the members of that co-equal branch during his 2010 State of the Union address. Warning that the decision would “open the floodgates” and allow corporations and wealthy individuals to unduly influence American politics, his warnings were greeted by a chorus of nods from like-minded liberals who feared the growing influence of Republican donors and activists.

And while Citizens United did dramatically alter the political spending environment, it did not radically change American politics. The biggest target of PAC spending in 2012, Barack Obama, won 281 electoral votes and his party picked up seats in both chambers of Congress. The biggest outside spender in that cycle, American Crossroads and Crossroads GPS, became a joke in Democratic circles over their laughably low return on investment in support of Republican candidates in 2012.

“As well as being arrogant, this was an exercise in profound naivete,” read the Pittsburgh Post-Gazette‘s editorial excoriating Roberts’ “shameful legacy” of expanding protections for political expression.

The Nation‘s John Nichols indulged his penchant for hyperbole when he called the five justices who signed onto the majority opinion in McCutcheon “errand boys for the oligarchs” and a decision favoring “plutocracy.”

Concerns about the influence money has on politics is valid, but the left rarely takes into account the advances in communications technology which has imposed readily available transparency on political spending habits when they adopt the dated rhetoric of Williams Jennings Bryan to describe our current political culture. Without such technology, how else would we know that only 9 of the top 50 organizations which constitute “heavy hitters” in political fundraising parlance contribute primarily to Republicans?

The Supreme Court has twice in the Roberts era made it clear that political donations are a constitutionally protected form of free expression. If free expression is a problem, it is up to the Congress to amend the Constitution, or craft laws consistent with the First Amendment, which would address that issue.

But the left rejects that conceptual framework. They refuse to accept the basic notion that political spending — that is, political spending by conservatives — represents legally protected free expression and association. By rejecting this concept, they avoid confronting the moral hazard which may prevent them from demonizing individuals who engage in free speech with the goal of shaming them out of public life.

And make no mistake, shaming conservatives out of the public square is now the tactic of choice for every liberal from the grassroots to the Senate Majority Leader. Sen. Harry Reid‘s (D-NV) comical effort to demonize two middling libertarian businessmen is become nearly ubiquitous. From calling them “un-American” on the Senate floor for engaging in their constitutional right to free speech to using his Twitter and Senate websites to scare Democratic base voters into caring about midterm elections, the name Koch is virtually every third word out of the Majority Leader’s mouth.

While it remains unclear whether this tactic will drive Democratic voters to the polls, as Slate’s Dave Weigel discovered, this cynical vilification strategy has had dramatic and positive effects on Democratic fundraising efforts.

But the price of cynicism is real and dangerous. Few had even heard of Brendan Eich, the former CEO of Mozilla, before he resigned on Thursday following an outcry over what was labeled by his opponents as his anti-gay bigotry. An anti-Mozilla campaign, limited largely to progressive groups on the internet, successfully ousted Eich (or, for the deliberately obtuse, he resigned with the overall good in mind) because he had once donated to a group that supported California’s 2008 Prop 8 referendum successfully outlawing gay marriage for a time.

Subsequent reporting has revealed that Eich donated to (gasp!) conservative Republican lawmakers and candidates in the 1990s.

Prop 8 passed, on the same ballot on which the president appeared, by a vote of 52 to 47 percent. As Slate’s Will Saletan has skillfully compiled, many tech companies employ some of the 35,000 donors who contributed in support of Prop 8. “Why do these bigots still have jobs? Let’s go get them,” he sarcastically suggested.

But the scalping of Eich was never about Prop 8, or gay marriage, or even Eich. It was a naked demonstration of power; one that is regularly made and, more often than not, ignored. Mozilla has given into the mob’s demand for a head, a decision they will come to regret. The mob’s bloodlust is never sated. The original cause around which the mob formed dissolves in the exuberance of its own success, and the demand for more sacrifices becomes a raison d’etre.

Until the left is forced to come to terms with those who engage in free expression in the form of political spending on their own side, they will be comfortable with the effort to banish from public life those with whom they disagree. That is a dangerous phenomenon, and part of the conservative project should be to defend political speech on both sides of the aisle.

While it would be wrong to dismiss the concerns of those who believe money in politics corrupts, it would be an abdication of responsibility if conservatives fail to clearly condemn this latest campaign of shame.

This post has been updated since its original publication