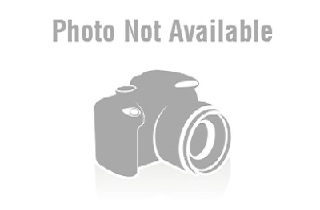 Many conservatives, such as Ann Coulter, like to point to Rhode Island’s voter ID law as evidence that such laws do not have disparate racial impacts because Rhode Island’s law was introduced and supported by Democratic legislators, and signed into law by formerly-Republican Governor Lincoln Chafee (I-RI). Aside from the silliness of the premise, that Democratic support for a single law refutes empirical proof of their impact and confessions as to their intent, Rhode Island’s law differs from other voter ID laws significantly in that it doesn’t actually require you to have photo ID to vote.

This isn’t even some mystery-shrouded loophole embedded in a sea of legalese, it’s right there on the Rhode Island state website (emphasis mine):

This year, poll workers will ask you to show a current and valid ID when you vote at your polling place. Voter ID strengthens the public’s faith in the integrity of our elections by enabling poll workers to match a voter’s face to the name they give at the polls.

I know what you’re thinking, but no, that provisional ballot exception doesn’t sunset when the rest of the law is phased in. Here’s the statutory language:

In addition to not actually requiring photo ID, Rhode Island’s voter ID law differs from other such laws in another critical respect, notes the Brennan Center:

In Rhode Island the photo ID bill that eventually became law was introduced by a Democratic legislator, passed two legislative chambers controlled by Democrats, and was signed by an independent governor.

Senate sponsor Harold Metts said, “[I]n this day and age, very few adults lack one of the forms of identification that will be accepted, and the rare person who does can get a free voter ID card from the Secretary of State. While I’m sensitive to the concerns raised, at this point I am more interested in doing the right thing and stopping voter fraud.”56 But Rhode Island’s bill is significantly less restrictive and differs substantially from the others that passed this session, in two major respects. First, unlike the other states that provide a narrow list of acceptable photo IDs, Rhode Island broadly accepts any ID with a voter’s name and photograph.

Even given all of the ways that Rhode Island’s law differs from the ones that, say, Chris Matthews was referring to when he said that Republicans pursue these laws to disenfranchise traditionally Democratic constituencies, there’s also been recent legislative movement to claw back Rhode Island’s law:

Rhode Island voters who have no photo IDs would be able to continue to show a government-issued ID when they go to the polls, according to a bill approved by the House Judiciary Committee Tuesday night.

…Supporters describe the bill as a compromise between those calling for stricter ID requirements for voters and others who have sought to repeal the current Voter ID law, enacted in 2011, with its requirement that voters show photo IDs starting in 2014.

The bill essentially “freezes” the law as it was applied during the last election, the bill’s sponsor, state Rep. Larry Valencia, told the committee.

Conservatives who seek to use Rhode Island’s law as evidence that voter ID laws aren’t racist would do well to pick a voter ID law that actually requires photo ID, and isn’t on the verge of having even its fake claws removed. They’d also do well to tell these guys to shut the hell up.