The Most Offensive Article You Will Read This Year Claims ’80s Movies Are Bad, Irrelevant 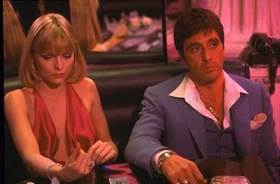 It’s a title you would expect to refer to something written on Sarah Palin’s Facebook page, but the good folks at The Daily Beast have won the gold on outrageously, offensively false opinion pieces with this gem from Gina Piccalo, who suggests that the 1980s are a completely forgettable decade in the history of modern cinema.

Piccalo is understandably upset with the quality of Hollywood films being released recently, and she is taking her anger out on the 1980s because, fresh out of ideas, Hollywood is churning out a ton of sequels to ’80s classics no one ever asked for. She explains:

“This year alone, there are at least eight films hitting theaters that are remakes of 1980s movies: The Karate Kid, Clash of the Titans, Tron Legacy, Conan, Predators, A Nightmare on Elm Street, Red Dawn, and Wall Street: Money Never Sleeps. There will be more next year with retreads (or, as some producers would have it, “re-imaginings”) of the 1990 Arnold Schwarzenegger sci-fi hit Total Recall and of the 1982 remake (of the 1951 original) The Thing. By 2012, we’ll likely see Lethal Weapon 5, Battleship, based on Milton Bradley’s popular board game, another Muppet Movie, and maybe even a 21 Jump Street rehash starring Jonah Hill.”

Few will disagree that the rehashing of old plots, especially of old plots that were not amusing the first time around, is disheartening for the future of film. And sure, there were plenty of seemingly drug-induced blockbuster embarrassments like Flashdance and Rambo, but for every Rocky, the Me Generation provided a Raging Bull: an indelible classic that makes its lower-quality counterpart worth forgiving. Defining the 1980s by Lethal Weapon and Predator completely neglects an entire library of classics that greatly overshadows most of the generations before and since then.

Sadly (for her!), Piccalo sees the ’80s as “the dawn of the senseless sequel and the coming-of-age of movie merchandising, when the gonzo filmmaking of the 1970s gave way to unadulterated greed. With the exception of some rare gems from the likes of John Hughes, Terry Gilliam, and yes, Steven Spielberg, it’s an entire decade of filmmaking worth forgetting.” So perhaps worthwhile to note that if Piccalo’s knowledge of filmmaking is limited enough to consider Steven Spielberg one of the greatest filmmakers of the ’80s, then the problem doesn’t exactly lie with the decade.

In reality, the 1980s were one of the most fruitful– if not the most fruitful– decades for great films. The aforementioned Raging Bull is one of the brightest stars in the Martin Scorsese library, a realist depiction of the life of a boxing champion. Oliver Stone did possibly the best work of his career in the generation, releasing Wall Street, Platoon, Talk Radio, and Born on the Fourth of July. The list of immortal dramas from the decade is difficult to argue with, try as Piccalo may; few generations can claim a list as extensive as American Gigolo, Scarface, Amadeus, The Color Purple, Full Metal Jacket, and countless others.

And dare we leave the protective realm of Hollywood, the 1980s gave us quite possibly the greatest collection of international films in history. In Japan, Akira Kurosawa directed some of his best 30 years after the release of Rashomon with Kagemusha and Ran. In Spain, the now superstar director Pedro Almodovar made his first big splash with Women on the Verge of a Nervous Breakdown. And a few months before the New German Cinema movement mostly called it quits after the death of Rainer Werner Fassbinder in 1982 (who also made his epic series Berlin Alexanderplatz in 1980), his contemporary Werner Herzog released Fitzcarraldo, the story of a railroad entrepreneur who goes into the rubber business to bring an opera house to the tiny, Amazonian town of Inquitos, Peru. It is, without question, the best film of all time. And it was released in 1982. If you don’t believe me, here is some of the best acting you will ever see at the hands of lunatic genius and longtime Herzog creative partner Klaus Kinski, as the title character protests the lack of opera by locking himself in the local church:

Piccalo can gripe about the 2010s’ lack of interesting filmmaking and tragic descent into commercialism all she wants, and I will gladly second her grievance. But what she refuses to acknowledge here is that commercialism in the entertainment industry is not exclusive to the 1980s, nor was it initially pioneered then (just ask anyone who has had the misfortune of watching an Elvis Presley film). Being ungrateful towards artists that contributed so much to American culture and the history of film in the 1980s isn’t going to solve the problem.